The year 2020.  How can you describe it without uttering the now-ubiquitous phrase “these uncertain times”?  What is not uncertain is that, despite the pandemic’s litigation-slowing effect, many privilege issues continued to surprise 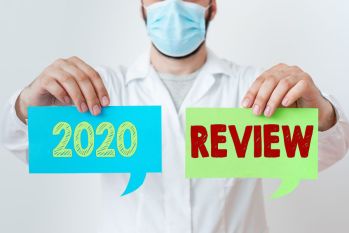 and challenge us. We saw major decisions in the insurance and healthcare fields, procedural mistakes, ethical meltdowns, an Elvis sighting (sort of), a mole in a zoo (seriously), and privilege issues that arose in virtual depositions.

So, let’s review a few not-so-forgettable privilege issues that arose in a forgettable year.

Privileges in the Virtual World

We all went virtual in March 2020 which meant, among many things, that our in-person meetings decreased and our electronic communications increased. And with that privilege-waiver issues became front and center, which I discussed in “Dogs Can’t Waive the Privilege” and Other Privilege Tips for Working Remotely.

And it was only a matter of time before remote depositions caused a few privilege hiccups. In one example, a lawyer’s failure to object to his adversary’s use of inadvertently disclosed privileged documents at a remote deposition resulted in privilege waiver. And his claim that the virtual-deposition format precluded his ability to see the documents was unpersuasive, as you can read about in Wait, What was That? Lack of Objection and Late (?) Claw-back Demand Waives Privilege in Virtual Deposition.

Privilege law is substantive, not procedural, but implemented through various procedures that can trip us up. In one case, the court told us that a proactive filing of a motion for protective order is an improper procedure to protect privileged information, which you can read about in Protective Order is Not a Vehicle to Challenge Privilege, Court Rules. One lawyer beat a privilege challenge to speaking with a client during a deposition break as discussed in Privilege Protects UPS Lawyer’s Deposition-Break Discussion with Corporate Employee, Court Rules. And one court provided excellent guidance on privilege issues at depositions as I analyzed in One-Half of Wisdom: Circumventing Privilege Objections at Depositions.

We must monitor our privilege-protection reactions as one company learned in Court Issues Privilege-Review Guidelines after Walgreens “Overstepped the Boundaries of the Attorney–Client Privilege. And was anyone shocked upon learning about the overreach in Dartmouth Loses In-House Counsel Privilege Dispute with Pro Se Expelled Student?

As you may know, I write a quarterly column for the Today’s General Counsel magazine. In 2020 I discussed waiver and corporate employees’ need to know privileged information; communications (they aren’t what we think they are); privilege and legal holds; and whistleblowing to in-house counsel.

And in a first (for me), I participated in a podcast interview with Richard Levick’s terrific In-House Warrior podcast. Hope you find it interesting.

The healthcare industry routinely sees privilege issues in a variety of settings.  In a much-anticipated decision, the Washington Supreme Court upheld the privilege between corporate healthcare providers and their physician–agents. In peer-review news, one court rejected the PSQIA work-product privilege for a hospital’s event report and root-cause analysis, while another court upheld the peer-review privilege for a physician’s credentialing records.

The insurance industry also faces privilege challenges each year, and 2020 was no different.  The Mississippi Supreme Court issued a somewhat criticized decision as I discussed in Major Decision: Miss. Sup Ct. Rejects Privilege for Insurer’s In-House Lawyer’s Emails with Claims Adjuster. In another episode, two insurance-company employees waived the privilege, as you can read about in Coverage Adjuster and Claims Adjuster Mix Files, Waive Privilege.

What’s Up at the EEOC?

The EEOC oddly encountered two challenges when its lawyers read inadvertently disclosed privileged information of the opposing employer. In one, an EEOC lawyer read emails of an in-house lawyer with George Washington University and violated FRCP 26(b)(5)(B). In another, the EEOC lawyer read text messages of a Country Club’s General Counsel, but escaped sanctions because the messages were not “obviously privileged.”

Do in-house lawyers play an official business role while still handling legal issues? Privilege issues are challenging in those situations as I warned in Court Rejects Privilege and Orders Deposition of Lawyer Doubling as HR Officer.

Courts in 2020 gave us a few privilege-related standards to live by.  Minnesota adopted a standard for disqualifying an attorney–expert from testifying against a former client. The Ninth Circuit adopted a work-product waiver standard. And a court rejected the touch-base approach for applying foreign privilege law to communications with patent agents.

From the Land of the Bizarre

A Louisville Zoo employee sued her employer and, while still employed, purloined the Zoo’s privileged emails as I discuss in You Can’t Make this Up Folks. A Mole at the Zoo Leads to Privilege Smuggling and Sanctions. Less bizarre but still interesting is a situation where a Maine lobster wholesaler waived the privilege in what one commentator called the “Most New England Crime Ever.”

Happy New Year! We all need it.