As in-house counsel or outside corporate counsel, how would you handle this situation?  Two employees download your corporate 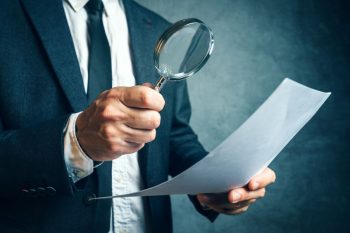 Your client conducts a forensic investigation and discovers irrefutable evidence of the employees’ theft.  Sure, you may file a civil action for trade-secrets misappropriation, but your client wants the employees criminally prosecuted.

Should you disclose the investigator’s report to the U.S. Attorney’s Office to aid the prosecution? Would that limited disclosure result in privilege waiver in the parallel civil case?  Isn’t there some type of privilege-sharing doctrine, such as a so-called joint–prosecution privilege, or even the common–interest doctrine that would prevent privilege waiver?

DR retained a law firm that directed a forensic investigation into the matter.  The investigating firm produced a report, and DR disclosed the report to the U.S. Attorney’s Office “in an attempt to have that office initiate a criminal prosecution” of the two former employees.

The competitor and former employees moved to compel the investigation report and all correspondence between DR and federal prosecutors.  DR claimed the report constituted work-product, and that the joint–prosecution privilege permitted it to share the report with prosecutors without waiving the work-product protection.

The so-called joint–prosecution privilege is simply a different name for the common–interest doctrine, which generally permits two or more parties represented by separate counsel to share privileged information regarding a matter of common interest without waiving the privilege.  The “joint–prosecution” moniker, of course, refers to a private party sharing information with a government-enforcement agency.

The “privilege”—really a non-waiver doctrine—sees application most often in qui tam actions, such as claims arising under the False Claims Act.  In those situations, the government and the private party, as a relator, share a common interest in seeking retribution for wrongdoing.

The Dresser-Rand court, however, found no common interest between DR and the government.  Citing opinions from the 1st, 3d, and D.C. Circuits, the court held that DR’s disclosure of privileged information to a government agency waived the work-product protection.

Here, DR “made a calculated disclosure to further the government’s inclination to prosecute the two employees,” and “there is no joint prosecution privilege.”  The court ordered DR to disclose the forensic investigation report and all correspondence between it and the government.