The evidentiary privilege known as the “bank-examination privilege” is a bit of an enigma.  Its name may lead you to believe the privilege belongs to banks but that’s not true.  The privilege covers a bank-examination report, but not all of it, and more than that. It is a common-law creature but has 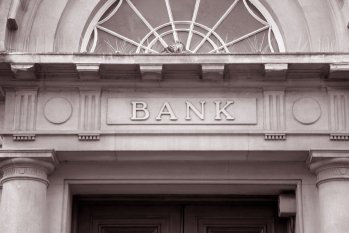 In this first of a three-part series, I provide an overview of the bank-examination privilege, including its origin and scope.  In An Examination of the Bank-Examination Privilege (II): Burden-Shifting and Good Cause, I discuss the procedural hurdles for seeking or protecting covered materials.  And in An Examination of the Bank-Examination Privilege (III): Putting it All Together, I end the series by reviewing a sample case.  And of course, I supply authorities so that you may dig deeper if this issue crosses your desk.

Why is this a Thing?

These regulatory agencies conduct periodic examinations of banks that include on-site visits, interviews of management and employees, and a review of the bank’s operations. The examinations assess the overall safety and soundness of the bank, including the bank’s financial condition, policies and procedures, regulatory compliance, internal controls, and risk exposure. The agencies and bank management engage in significant back-and-forth communications about information, findings, and the like.  The agency concludes the examination by issuing an examination report detailing its findings, conclusions, opinions, and recommendations.

As you can imagine, a regulatory agency’s findings, opinions, and recommendations contain a treasure trove of information about a bank’s operations that civil litigants would find attractive in an adversary proceeding.  Materials that a bank adversary could request include the agency’s bank-examination reports, a bank’s internal communications about an agency’s examination, internal agency communications, and communications between bank personnel and regulators.

Because of the sensitivity associated with a bank’s internal operations and financial condition, the prudential regulators have issued regulations mandating the confidentiality of the examination process.  For example, the OCC defines “non-public OCC information” to include examination reports, 12 CFR § 4.32, and declares them to be “confidential and privileged.” 12 CFR § 4.36(b).  The Federal Reserve similarly declares as “confidential and privileged” a list of materials qualifying as “confidential supervisory information,” including examination reports. 12 CFR §§ 261.2; 261.23.

Despite their bold language, an agency’s “privileged” declarations do not create an evidentiary privilege.  That task is left to legislatures through statute and judges through the development of common law.

At the federal level, the Supreme Court and Congress separately attempted to codify a bank-examination privilege without success.  The Court’s proposed Federal Rules of Evidence included a list of evidentiary privileges, including Proposed Rule 509 that would have made “official information” of federal regulatory agencies privileged and non-discoverable in certain situations. See 56 F.R.D. 183, 251–54 (1972).  But Congress rejected a specific privilege list and instead adopted our current Rule 501 that leaves privileges to common-law development.

In 1999, Representative Bill McCollum of Florida introduced the Bank Examination Report Protection Act in the House of Representatives. Claiming that banks were hesitant to provide candid information to their regulators, Rep. McCollum declared that “the issue of privilege is one that must be addressed,” (transcript available here).  BERPA would have made bank-examination reports and related material privileged from discovery, but the bill died in committee. 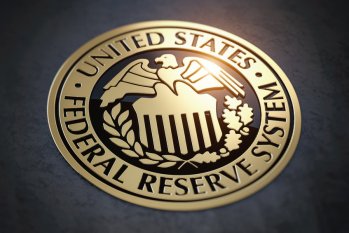 In the 1990s federal courts began to adopt, define, and employ a federal common-law bank-examination privilege.  In 1992, the D.C. Circuit relied upon sporadic decisions applying the deliberative-process privilege or official-information privilege to declare that an evidentiary privilege protects disclosure of bank-examination reports.  In re Subpoena Served Upon Comptroller of Currency, & Sec’y of Bd. of Governors of Fed. Reserve Sys., 967 F.2d 630 (D.C. Cir. 1992).  And in an influential opinion, the Sixth Circuit similarly declared that the privilege “does exist” and protects from disclosure a regulatory agency’s opinions and a bank’s response to those opinions.  In re Bankers Tr. Co., 61 F.3d 465 (6th Cir. 1995).  Other circuit courts and several federal district courts have since applied a common-law bank-examination privilege.

Courts generally identify two reasons for the recognition and application of the bank-examination privilege. First, drawing from Dean Wigmore’s instrumentality theory, more prominently recognized as a basis for the privilege between lawyers and their clients or psychotherapists and their patients, courts argue that the privilege promotes a more full and candid back-and-forth between banks and their regulators. Second, courts recognize that publicizing a regulatory agency’s adverse findings of a bank’s soundness could cause a public panic and significant withdrawal of funds that would doom the bank to failure.

The privilege does not protect from disclosure purely factual material, but discerning between facts and opinions in a report or communications is often a difficult task.  For example, one court noted that every bank-examination report is either entirely or partially factual.  In re Wilmington Tr. Sec. Litig., 2016 WL 9753979, *6 (D. Del. Aug. 16, 2016). Courts are likely to ask for an in camera review of the putatively protected materials to distinguish between facts and opinions.

While the federal bank-examination developed through common law, many state legislatures have codified a bank-examination privilege for examination reports and related materials.  For example, an Indiana statute declares as privileged the state agency’s examinations, findings, and recommendations.  For a list of similar statutory privileges in other states, see Eric Epstein’s excellent book, The Bank Examination Privilege published by the American Bar Association in 2017.

There is more to this story, so check out An Examination of the Bank-Examination Privilege (II): Burden-Shifting and Good Cause, where I discuss the privilege’s limits and procedural hurdles.

2022-02-08
Previous Post: Only in the Movies? Court Suspends Lawyer for Breaching Attorney–Client Privilege
Next Post: An Examination of the Bank-Examination Privilege (II): Burden-Shifting and Good Cause