In a patent-infringement action, the question arose whether the attorney–client privilege protected documents discussing legal advice of the defendant’s Swedish predecessor. And then a second, 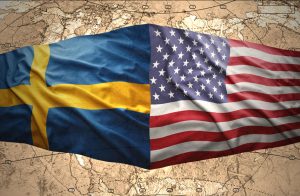 In a break from other federal courts, the Court for the ND ILL, “as a matter of comity,” applied a “functional approach” and determined that Swedish privilege law governed the discovery dispute. And applying Swedish privilege law, the Court found the documents unprotected. Baxter Int’l, Inc. v. Becton, Dickinson & Co., 2019 WL 6258490 (ND Ill. Nov. 22, 2019). You may read the opinion here.

BD refused, arguing that, under the so-called “touch base” approach, U.S. privilege law applied. And that under In re Queen’s Univ. at Kingston, 820 F.3d 1287, 1295 (Fed. Cir. 2016), the attorney–client privilege covers a company’s communications with a foreign patent agent. For more information on this issue, read my post, Federal Circuit Adopts Patent–Agent Privilege.

The Touch Base Approach

Courts in the Northern District of Illinois have faced this choice-of-law issue a handful of times, and consistently take a different approach to privilege application to communications with foreign patent agents. In SmithKline Beecham Corp. v. Apotex Corp., 193 F.R.D. 530, 535 (ND Ill. 2000), the Court recognized this was a “rather unsettled area of law” and that district courts take “several approaches to arrive at an answer.”

Seeing a different trend, the SmithKline court said that, as a matter of comity, “and as a functional approach to the problem,” it would look to the “foreign nation’s law to determine the extent to which the privilege may attach.”

The Baxter Court noted that “BD fails to sincerely acknowledge that courts in this district have decided to forego the ‘touching base’ test.” It then ruled—

Following the comity/functional approach utilized by courts in this district, we do as well, and we apply the law of the foreign nation, Sweden, to determine whether the Swedish Documents are protected by the attorney–client privilege.