In a case of first impression, the Federal Circuit, in a 2–1 decision, adopted an evidentiary privilege protecting from discovery communications between non-attorney patent agents and their clients. The privilege extends only to communications the agents make “while acting within the agent’s authorized practice of law before the Patent Office.”  In re Queen’s University at Kingston, 2016 WL 860311 (Fed. Cir. Mar. 7, 2016).

My thanks to Sriranga Veeraraghavan for bringing this opinion to my attention. 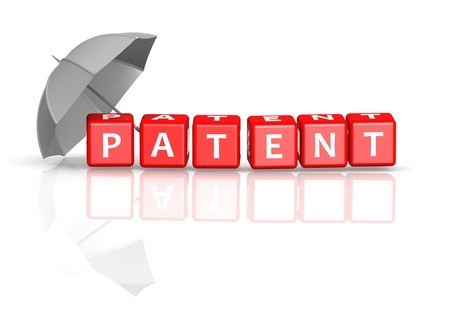 The USDC for the Eastern District of Texas, where the case was pending, ordered production because the attorney–client privilege was inapplicable and a separate patent–agent privilege did not exist.  The Federal Circuit subsequently granted the university’s petition for mandamus.

The court and parties acknowledged that the attorney–client privilege does not protect communications between individuals and non-attorneys, whether the non-lawyers are jailhouse lawyers, patent agents, or any other non-lawyer.

Federal courts considering adopting a new evidentiary must start with FRE 501, which permits courts to develop privilege common law “in light of reason and experience.”  And the Supreme Court’s decision in Jaffee v. Redmond, 518 U.S. 1 (1996), directed that courts consider whether the putative privilege (1) is rooted in the imperative need for confidence and trust; (2) serves the public interest; (3) promotes sufficiently important interests to outweigh the need for probative evidence; and (4) has any consensus among the states.

No federal appellate court has adopted a patent–agent privilege; nor, unsurprisingly, has any state court adopted the privilege.  The district courts that have addressed the issue are split.  See footnote 1 in the court’s opinion for a list of these cases.

Nonetheless, the court held that “reason and experience” compelled adoption of a new patent–agent privilege.  The court effectively cast Jaffee aside because the circumstances there were “vastly different,” and was more persuaded by the Supreme Court’s decision in Sperry v. State of Florida, 373 U.S. 379 (1963), where the Court found that patent agents engage in the practice of law.

In short, given that clients can choose between patent agents and attorneys when coming before the Patent Office, “the patent–agent privilege furthers the same important public interests as that of the attorney–client privilege.”

Scope of the Privilege

Relying on USPTO regulations, the court defined the privilege’s scope by a indefinite demarcation line.  The privilege covers communications between non-attorney patent agents and their clients that are “reasonably necessary and incident” to the preparation and prosecution of patent applications.  Communications that are not “reasonably necessary and incident” to patent prosecutions “fall outside the privilege.”

The court did not define “reasonably necessary and incident,” leaving that interpretation to future disputes and future courts.

The dissent challenged virtually all of the majority’s findings and rulings.  The dissent found no requisite public interest, no federal-appellate or state-court support, and that “the scope of this new privilege is more complicated than the Majority perceives.”

The dissent had a simple alternative to a patent–agent privilege: “A company desiring to use a patent agent but maintain a privilege may have its counsel, be it in-house or outside counsel, supervise the agent or hire an agent already working for a law firm.”

We shall see whether the Supreme Court ultimately weighs in on this first-impression privilege issue.