In a major Bluff City battle involving Elvis Presley Enterprises, the City of Memphis, and the NBA’s Grizzlies, a well-respected Memphis federal judge provided some clarity into the often-inconsistent application of the common- 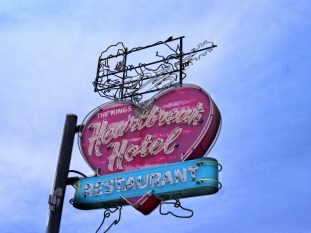 So, grab a plate of dry-rub ribs from the Rendezvous, or Central BBQ if you prefer, and read the opinion. I mean, It’s Now or Never.

In a long-running dispute, Elvis Presley Enterprises (Presley), the corporate entity that Elvis’ trust set up to operate his assets, including Graceland, wanted the City and its economic-development agency to approve a supplemental TIF package to finance a convention center and arena. But, in Presley’s eyes, the City, with the Grizzlies’ support, turned cruel and wouldn’t pass the plan.

You Ain’t Nothin’ but a Hound Dog

On November 15, 2017, Presley sued the City, the Grizzlies, and Shelby County for business-tort damages and injunctive relief. The next day, lawyers for the City, County, and the Grizzlies (each reportedly wearing Blue Suede Shoes) began discussing the lawsuit and legal strategies. But they did not enter a written joint-defense agreement and did not expressly state they were entering an oral joint-defense agreement until December 2017.

Let Me Be Your (Joint Defense) Teddy Bear

In a subsequent federal-court lawsuit, Presley moved to compel communications between the three defense lawyers regarding the 2017 lawsuit. The lawyers provided declarations, available here, here, and here, attesting to their verbal joint-defense agreement, but only one indicated the verbal agreement was retroactive. So, the questions arose whether the defendants held a common interest, whether they entered a joint-defense agreement, and, if so, what was its scope.

Magistrate Judge Diane Vescovo, who recently retired following a distinguished career, drew the assignment. She recognized that the common-interest doctrine is not an independent privilege but a non-waiver doctrine. It permits two or more parties, each with separate counsel, to share privileged information without waiving privilege or work-product protections.

To obtain protection under the common-interest doctrine, Judge Vescovo held that the parties must prove they shared an “identical legal interest with respect to the subject matter of the communication.” Unlike other jurisdictions, the doctrine applies to anticipated litigation as well as actual litigation.  Then, following the Court’s decision in Cooey v. Strickland, 269 F.R.D. 643 (S.D. Ohio 2010), Judge Vescovo identified these limitations on the common-interest doctrine:

Based on the three lawyers’ declarations, Judge Vescovo ruled that they entered a verbal joint-defense agreement in early December 2017 after Presley filed the first lawsuit. The common-interest doctrine, therefore, protected from discovery privileged communications shared among the lawyers after that date.

But Presley’s argument was not a total loss. Judge Vescovo found that the defense team did not prove that their verbal December 2017 agreement was retroactive to the November 2017 lawsuit filing date. And for this reason, the common-interest doctrine did not protect the pre-December communications.

Presley Enterprises secured a partial victory for sure. But for the most part it could not compel the privileged communications and had to find a new place to dwell. It’s down at the end of Lonely Street. At Heartbreak Hotel.