Todd Presnell is a trial lawyer in the Nashville office of Bradley Arant Boult Cummings. He focuses his practice on business and product liability litigation and provides consulting services to in-house legal departments regarding evidentiary privilege issues.

Public policy supports both efforts.  If misconduct occurs within a company, whether supervisor harassment, bribery of foreign officials, and the like, mandatory-investigation policies 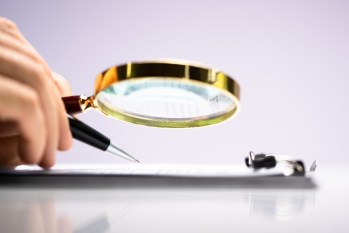 fulfill the public policy of identifying and eradicating bad behavior.  Public policy also promotes the company’s need for optimal legal advice on how to handle the investigation results, which can only occur when company employees have candid discussions with company lawyers.  The attorney–client privilege implements that public policy.

You will find a good discussion of this issue in a D.C. Circuit opinion, In re Kellogg Brown & Root, 756 F.3d 754 (D.C. Cir. 2014), authored by then-Judge Kavanaugh.  In that case, a company policy and a Department of Defense regulation required the company to investigate a bribery allegation.  Yet, the court—applying federal privilege law—held that the attorney–client privilege nevertheless protected the investigation-related communications.  The court said—

You may read more about this important decision in my post, Significant D.C. Circuit Decision for Attorney–Client Privilege and Internal Investigations.

The law firm Buckley, LLP maintains a Harassment-Free Policy that has this investigation requirement:

All reported or reasonably suspected occurrences of harassment will be investigated … in a confidential manner and as promptly and thoroughly as is practicable and necessary.

After a Buckley employee accused one of the firm’s senior lawyers of harassment, the firm retained Latham & Watkins to investigate.  Following the investigation, Buckley sought coverage from its insurance carrier, and sued the carrier when it denied responsibility.  The insurance company sought communications arising from Latham’s investigation, but Buckley refused, asserting that the attorney–client privilege protected those communications from discovery.

The privilege question turned on whether Buckley retained Latham because the firm’s policy mandated it (business purpose) or so the firm could obtain Latham’s legal advice on how to deal with the investigation’s results (legal purpose).

So, would Latham’s engagement letter persuade the judge that its investigation was for legal-advice reasons and, therefore, privileged?

Latham’s engagement letter, which you may read in full here, contained two succinct statements about the scope if its representation.  It opened with this description of “Legal Services”:

The letter also described its responsibilities as follows:

To buttress that the investigation pertained to legal advice, a Latham lawyer submitted a declaration, which you may review in full here, describing the firm’s legal functions this way—

But in deposition testimony, one of the Buckley partners said this about the investigation:

In its opinion, available here, the Business Court first noted that, generally, company materials created “pursuant to a company policy” are discoverable.  Then, citing in part to then-Judge Kavanaugh’s Kellogg opinion, the court stated that “the relevant question is not whether” Buckley retained an attorney “to conduct an investigation, but rather, whether this investigation was related to the rendition of legal services.”  Thus, “an investigating attorney’s communications in the course of an investigation are not necessarily cloaked with privilege.”

Note the phrase “not necessarily.”

“As such, the evidence shows that the investigation was initiated and pursued in the ordinary course of Buckley’s business,” the court concluded.

But a Law Firm Investigated!

Buckley’s retention of a law firm did “not change this fact.”  And while the Latham lawyer’s affidavit stated that the firm performed legal functions, the court stated that this “testimony on its own does not serve to cloak all of Latham’s investigatory work with attorney–client privilege.”

Yet that testimony was not “on its own”—the court had Latham’s engagement letter stating that Buckley retained Latham to provide legal services related to its investigation.  But that letter, according to the court, “cannot reclassify nonprivileged communications as ‘legal services’ in order to invoke the attorney–client privilege.”

The court was skeptical of Buckley’s privilege designations, not because of any bad faith, but because “determinations required in assessing whether … outside investigatory counsel has engaged in business or legal advice can be difficult to make and that reasonable minds can differ in good faith.”  You may read the in camera order here.

The ruling troubled Buckley because it interpreted the Business Court’s ruling as establishing a bright line—if a company maintains a policy requiring an investigation upon the occurrence of some event, then the company can never claim privilege over the investigation.  This, in Buckley’s view, would deter companies from establishing mandatory-investigation policies.

In a three-page, per curiam opinion, the Supreme Court adopted the Business Court’ opinion without much additional elaboration, and said this—

In today’s business world, investigations of alleged violations of company policy, including policies prohibiting sexual harassment or discrimination, are ordinary business activities and, accordingly, the communications made in such investigations are not necessarily made in the course of giving or seeking legal advice for a proper purpose.

Again, note the “not necessarily” phrase. 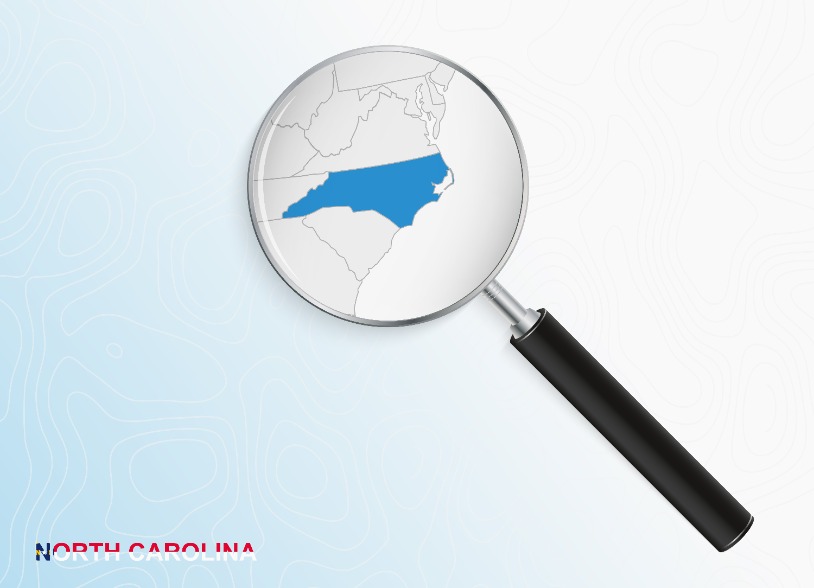 So, the Court continued, “when communications contain intertwined business and legal advice, courts consider whether the primary purpose of the communication was to seek or provide legal advice.”

The Court found that the Business Court “properly interpreted North Carolina law” when it determined that Latham’s investigation “had both business and legal purposes” and conducted in camera review to distinguish between the two for each communication.

Lawyers can reasonably have concern about this ruling due to what appear to be express and subtle inconsistencies.  The Business Court found that Buckley retained a law firm to conduct an investigation for a business purpose—to fulfill its policy obligations. Yet the Supreme Court stated that the lower court ruled that the law firm led the investigation for business and legal purposes and approved of the primary purpose test to determine whether the privilege applied.

For now, the decision should cause lawyers to reconsider the beginning of internal investigations.  Those seeking disclosures of a company’s internal investigation will focus heavily on whether the company maintains a mandatory-investigation policy and claim “no privilege!” when it finds one. Companies with those policies can either discard them, which is antithetical to good business practice, or be more deliberate about the purpose of their investigation through well-worded engagement letters with outside counsel or investigation-initiation documents for investigations led by in-house lawyers, identifying and documenting the legal purpose for the investigation, and maintaining good privilege practice during those investigation interviews, summaries, and reports. 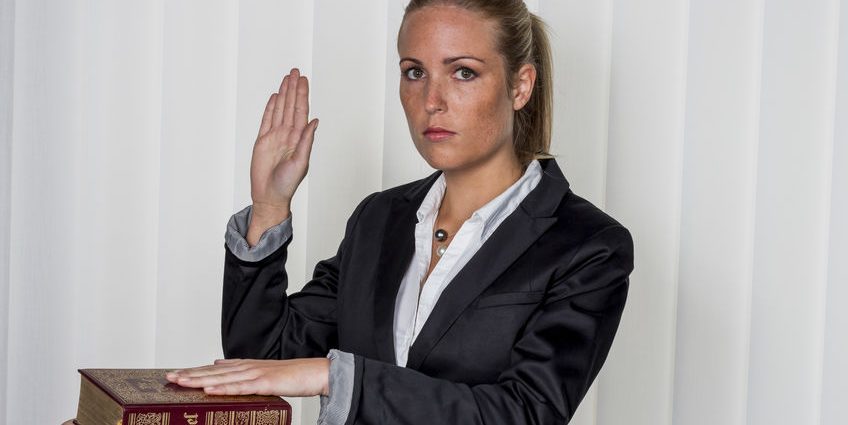 Although the subject of academic debate, many scholars agree that the privilege against self-incrimination arose in part from growing opposition to the ecclesiastical oath during the seventeenth 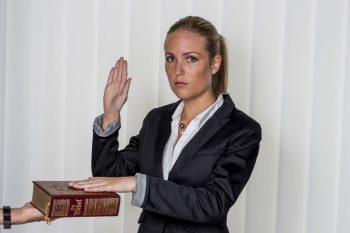 century.  Invoking the Latin phrase nemo tenetur prodere seipsum, meaning no one is bound to accuse himself, criminal defendants began refusing courts’ mandate that they take an oath and answer the prosecution’s questions.  This opposition evolved into a common-law evidentiary privilege and ultimately a constitutional right embedded in the Fifth Amendment.

Fast forward to the twenty-first century, courts want in-house lawyers to take an oath—not to answer questions about criminal wrongdoing but to prove with specificity that the attorney–client privilege protects from disclosure their communications with corporate employees.  The oath in these situations surfaces in the form of an affidavit or a sworn declaration, and the in-house lawyer should consider—at the time of asserting a privilege objection—whether she is willing to supply a sworn statement in defense of the objection. The answer is often pivotal to securing privilege protection.

In my Privilege Place column published in Today’s General Counsel, I discuss in-house lawyers’ evidentiary burden to secure privilege protection for their employee communications–and when they should first consider this important issue. You may read the article as part of the entire issue at this link, or via PDF here. 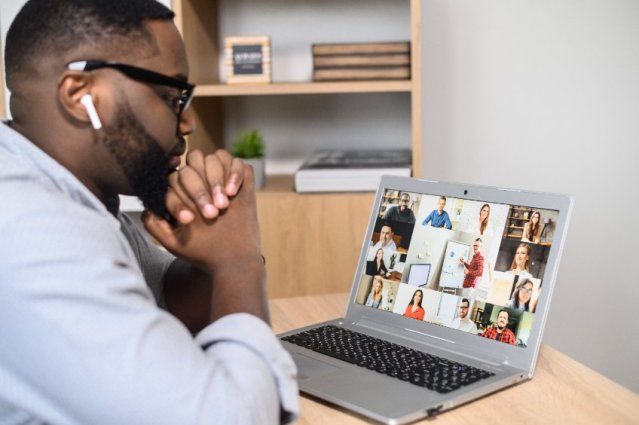 The pandemic ushered in a panoply of behavioral changes in the workplace, ranging from virtual 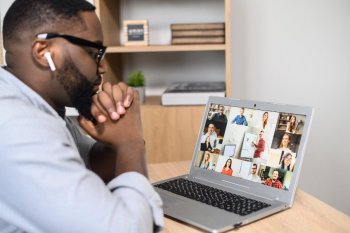 conferences to repetitive use of now tiresome phrases such as “these uncertain times” and “the new normal.” These changes continue to evolve as organizations grapple with permanent work from home, all-office, or hybrid office solutions. In the area of corporate communications, a rising concern is whether these behavioral transformations altered lawyers’ ethical duties of confidentiality and protection measures for the corporate attorney-client privilege. The answer evokes another aphorism — the more things change, the more they stay the same.

In my Privilege Place column published in Today’s General Counsel, I discuss how the work environment has changed for in-house lawyers in a way that increases the chances of losing, or failing to secure, privilege protection, and offer some tips on how to combat this emerging problem. You may read the article as part of the entire issue at this link, or via PDF here.