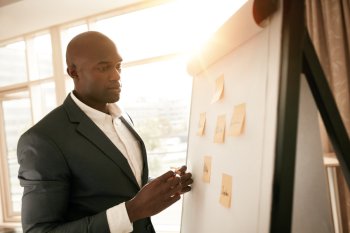 this final installment of this series, I put the substantive and procedural nuances of the bank-examination privilege together to show how it works by examining the court’s decision in In re Wilmington Tr. Sec. Litig., 2016 WL 9753979 (D. Del. Aug. 16, 2016), available here.

The Wilmington Trust Corporation (“the Bank”) was in trouble. The Bank’s primary regulator, the Federal Reserve, criticized the Bank’s risk-management procedures and internal controls in 2007 and 2008.  A year later, the Federal Reserve required the Bank to enter a Memorandum of Understanding that identified various deficiencies and forced the Bank to restructure the way it originated, monitored, and accounted for its loans.  The Federal Reserve effectively took over the Bank’s credit operations in 2010, and the Bank ultimately sold for 50% of its stock value. Criminal investigations and convictions of some of the Bank’s executives followed.

Institutional investors who had purchased common stock in the Bank filed a class action claiming that the Bank and other defendants, such as KPMG and JP Morgan Securities, made materially false statements about the Bank’s commercial real-estate lending and accounting practices.  Discovery commenced, but the Bank told the plaintiffs that it would not produce certain requested documents because the Federal Reserve demanded that the Bank withhold them due to the bank-examination privilege.

Having exhausted administrative remedies, the plaintiffs filed a motion to compel. The Federal Reserve, OCC, and OSBC produced privilege logs and intervened in the lawsuit to assert that the bank-examination privilege prevented disclosure of the requested materials.

The court began its analysis by noting that the bank-examination privilege protects from disclosure “agency opinions, agency recommendations, and a bank’s responses thereto.”  The privilege’s purpose is to “preserve candor in communications between bankers and examiners,” a goal that is “essential to the effective supervision of banking institutions.”

The banking regulatory agency has the burden to prove that the privilege covers the withheld materials—and it must “present more than a bare conclusion or statement that the documents sought are privileged.”  And if the agency fails to meet this initial burden, then the privilege is inapplicable, and the agency must produce the documents.

The court noted that the privilege has a “narrow scope.”  It protects evaluative materials and particularly documents revealing the agency’s opinions and recommendations.  The privilege does not protect purely factual material.

If the factual and evaluative information are inextricably intertwined, courts typically assess whether the agency must produce them by applying the good-cause balancing test.

The privilege is qualified, and the court recognized that, to the extent that the withheld documents contain privileged information, it must next “determine whether the good cause exception applies to override the privilege and warrant production of the documents in their entirety.” The good-cause analysis requires a balancing of the “the importance of the privilege against the need for the information and its availability from other sources.”

The court applied the widely accepted five-factor analysis for determining whether there was good cause to override the privilege:

(1) the relevance of the evidence sought to be protected; (2) the availability of other evidence; (3) the seriousness of the litigation; (4) the role of the government in the litigation; and (5) the possibility of future timidity by government employees who will be forced to recognize that their secrets are violable.

To make its ruling, the court, as most courts do, ordered an in camera inspection of the withheld documents.  They fell within five broad categories: (1) bank-examination reports and examiner work papers; (2) correspondence between the regulators and the Bank; (3) the MOU and related 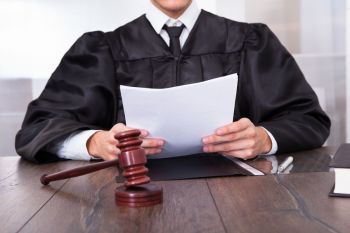 Upon review, the court found that some documents were purely factual and ordered their production.  For all others, including internal correspondence, the court found that they contained factual information but also revealed the agencies’ opinions and recommendations.  So, the court next applied the good-cause analysis.

The court easily found that the privileged materials were “highly relevant.”  The bank-examination reports contained information that related to the Bank and other defendants’ knowledge of the Bank’s problems and misrepresentations. And they were relevant to defendant KPMG’s affirmative defenses. The MOU and internal correspondence also were relevant because they revealed “whether the Bank concealed the truth” before the Federal Reserve imposed the MOU.  This factor weighed in favor of disclosure.

Availability of Other Evidence

The regulatory agencies asserted that the class plaintiffs had access to relevant information through other sources, namely the Bank’s own internal communications and records. But the court reject this theory, saying that a bank’s own records, “even if complete and maintained in useable form,” cannot substitute for a bank-examination report, “whose contents form an essential part of plaintiffs’ cause of action.”  This factor weighed in favor of disclosure.

The court found one exception. It refused to order production of a summary of bank-examination reports because they contained no new information and the summary would be duplicative of information in the reports themselves.

Seriousness of the Litigation

The plaintiffs met the “sufficiently serious” element because the lawsuit dealt with the Bank’s failure.  In those situations, the court ruled, disclosure of privileged materials is necessary “to fully air the story.”  And these types of claims “raise fundamental issues regarding public confidence in the fairness of financial markets.”  By contrast, a requesting party’s subpoena to a bank regulatory agency in a lawsuit between two private litigants likely will not meet the seriousness test. But here, the court weighed the seriousness of the case in favor of disclosure.

Role of Government in the Litigation

The regulatory agencies argued that disclosure will have a chilling effect on frank communications between banks and regulators that extends to future bank examinations rather than just the Bank at issue here. But the court favored disclosure because the Bank had already failed and “the risk of a chilling effect is minimal” and the public interest in disclosure outweighs the risks of such a disclosure.”

The court noted, though, that its ruling on the “chilling effect” should have “no precedential value” because each future court assessing the disclosure of future bank-examination materials should conduct a “fresh balancing” of the factors.

So, after crossing procedural hurdles, intervening, preparing a privilege log, and submitting the putatively protected materials for in camera inspection, the bank regulatory agencies proved that the privilege covered most of the withheld documents, but the class-action plaintiffs overcame the privilege by proving there was good cause to do so.  The court ordered the agencies to produce virtually all of the documents.