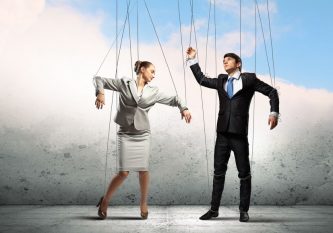 assignment transaction does not include privileged communications. And the assignor’s handover of its patent counsel’s files to the assignee resulted in privilege waiver. Hill-Rom Servs., Inc. v. Tellisense Med., LLC, 2020 WL 887773 (S.D. Ind. Feb. 24, 2020). You may read the decision here.

Roc died during the ensuing litigation. The court sealed the death certificate upon representations that it contained “sensitive personal information.” Whatever the cause of Roc’s death, it was a catalyst for Hill-Rom to resolve its claims against Helvetia—Roc’s old company. Part of the settlement required Helvetia to assign all of its assets (patents and patent applications) to Hill-Rom. Helvetia remained in existence—but had no employees or business operations.

The Key is Control

Hill-Rom’s adversaries moved to compel the patent lawyer’s files, arguing that Helvetia’s transfer of privileged communications waived the privilege. The court ruled that the waiver question hinged on whether Hill-Rom took control of Helvetia because “the power to assert or waive a corporation’s attorney–client privilege is an incident of control of the corporation.”

The court, citing other Indiana federal-court cases, explained that courts must examine whether a transaction’s practical consequences result in the seller’s transfer of control of the business and continuation under new management. “If they do, the attorney–client privilege will follow as well.”

Hill-Rom relied heavily on Black Hills Media, LLC v. Sonos, Inc., 2014 WL 12569359 (C.D. Cal. July 9, 2014), which you may read here. There, the court ruled that a company’s transfer of substantially all of its assets—a patent portfolio—”triggered the transfer of the attorney–client privilege.” To hold otherwise, the court reasoned, “would be to conclude that the attorney–client privilege simply evaporated into thin air.”

The Hill-Rom court found fault with this analysis. The Black Hills court’s conclusion “ignores a fundamental fact: the attorney–client privilege belongs to the client; it does not attach to an asset of the client and therefore does not transfer to the new owner when the asset is transferred.” (emphasis by the court).

The Hill-Rom court stated that “the bottom line” is that “attorneys represent clients—not legal positions or patents.” It then left us with this instruction—