Frequent readers of this blog know that I highlight rulings and articles pertaining to conflict-of-privilege-laws.  I 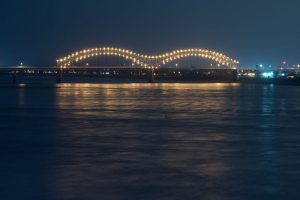 have published articles outlining some of the privilege-law conflicts and related issues, including this article and this one.  Although conflict-of-laws rules often reduce lawyers to blank stares and cause courts to engage in issue avoidance, the increasing prevalence of electronic communications requires that these rules become part of the standard privilege conversation.

Conflict-of-privilege laws occur vertically and horizontally.  If a Tennessee-based in-house lawyer communicates with a company employee in Oregon, will a state court apply Tennessee or Oregon privilege law? Federal Rule of Evidence 501 mandates application of state law in diversity cases, but does not identify which state’s law, forcing federal courts to look to the forum state’s conflict-of-privilege-laws rules for guidance.

Section 139 of the Restatement (Second) of Conflict of Laws, published in 1971, serves as the most prominent source for conflict-of-privilege-law rules.  This section adopts a “most significant relationship” test, yet strains the reader’s eye, fails to adequately protect the policies supporting evidentiary privileges, and produces decisions that are inconsistent and unpredictable.

Drawing on the Illinois federal court’s ruling in In re Yasmin & Yaz (Drospirenone) Mktg., Sales Practices & Prods. Liability Litig., 2011 WL 1375011 (S.D. Ill. Apr. 12, 2011), the authors explain the fallacies and adverse consequences associated with the Restatement’s approach, such as:

[T]he Second Restatement’s proffered solution subordinates privileges to the goal of fuller evidentiary disclosure, a philosophy that may create issues by upsetting a party’s reasonable expectations of, and reliance on, the attorney–client privilege.

The drafters of section 139 have not justified this core position allowing a general policy of evidentiary disclosure to trump the specific policy concerns that led to recognizing privilege in the first place.

The authors argue that ALI should reform the Restatement’s position to recognize the ease with which lawyers communicate across state and international lines in this digital age.  And they argue that a revised rule should establish “that, when a jurisdiction with the most significant relationship to a communication confers a privilege, the forum should honor the privilege unless special reasons strongly justify applying the forum’s no-privilege rule.” This certainly would move the conflicts issue in the right direction.

Lawyers facing conflict-of-privilege-laws issues will find a relative dearth of case law, and should consult this article to understand the issues and improve their position for arguing for a more privilege-friendly conflicts rule.  My thanks to the editors of the Arkansas Law Review for permission to republish the article in this blog.