Lord Chancellor and noted philosopher Francis Bacon once quipped that “A prudent question is one-half of wisdom.” Today, one might say that a wise lawyer avoids privilege objections by asking prudent questions. 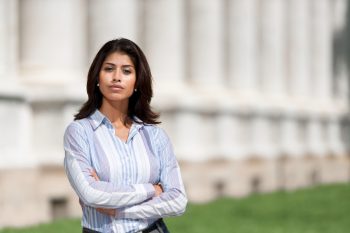 We know that federal civil-procedure rules and their state-law equivalents limit lawyers’ opportunities to instruct deposition witnesses not to answer a question. And the primary situation is an objection “when necessary to preserve a privilege.” FRCP 30(c)(2).

When considering an objection based on the attorney–client privilege, lawyers defending depositions must quickly decipher whether the question calls for the disclosure of a confidential communication between a client and her lawyer made for legal-advice purposes. Another instant consideration is whether the client has waived the privilege, either intentionally or by placing her privileged communications at issue in the lawsuit.

Deposition-defending lawyers often assert privilege objections at the slightest hint that a question calls for the disclosure—directly or indirectly—of privileged communications. And rightfully so—lawyers have a duty to safeguard their client’s privileged information. But facts aren’t privileged, and herein lies many privilege disputes at depositions: the questioning lawyer wants facts but instead unnecessarily asks for communications.

Plaintiffs’ counsel deposed a company employee, and this exchange ensued:

Q.      Did [the company] ever send a 60-day notice to [the harassing tenant] trying to cancel her lease because of the action she’d taken against my clients?

The company argued that answering this non-specific question would reveal why the company did or did not take legal actions against the harassing tenant. The court, in an opinion by Magistrate Judge Spaeth, agreed.

The judge said that deposition questions asking why a witness took a course of action may reveal privileged communications “when the action was based on the advice of counsel.” Judge Spaeth then offered this practice tip:

Traditionally, deposing counsel will ask follow-up questions to determine an individual witness’ personal knowledge and to determine whether the witness can give non-privileged testimony in response to the initial question.

As to this particular question, the deposing lawyer did not ask the follow-up questions to circumvent the privilege objection. Objection sustained.

Q.     At any time did you ever make an independent decision that you needed to terminate [the harassing tenant’s] tenancy because of the way she was behaving toward my client?

Lawyer: And I’m going to tell her to not answer on the grounds that it’s attorney-client privilege.

Here, Judge Spaeth noted that deposition questions that “ask about a witness’ independent reasons for taking a course of action inquire about facts, not communications.” Counsel’s question seeking the deponent’s “independent decision” sought a fact, not a communication with the company’s lawyer.  Objection overruled. For more example deposition questions, read the excerpts here. And to review the parties legal positions, read their joint brief here.

Judge Spaeth provided more practice tips.  While the lawyer’s question here, unlike the first question, navigated around the privilege objection, Judge Spaeth noted that the questioning lawyer “may well have asked”: “At any time did you ever make an independent decision, independent of advice of legal counsel, to issue a notice?” (emphasis by Judge Spaeth).

The judge noted that “the phrasing of deposition questions necessarily excludes attorney advice on their decisions and, as such, there is no possibility that the witness’ answers would disclose confidential communications.”

Not many courts provide practice tips for lawyers. Judge Spaeth did so here, and I think we should heed them.

Perhaps that is the other one-half of wisdom.

2020-05-12
Previous Post: You Can’t Make This Up, Folks. A Mole at the Zoo Leads to Privilege Smuggling and Sanctions
Next Post: 4th Circuit Upholds Privilege for In-House Lawyer-Led Investigation