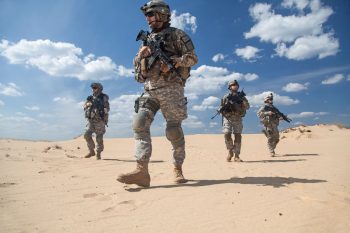 The Court upheld the privilege even though the company–employer disclosed certain investigation results to the Department of Defense (DOD) and the U.S. Army. In re Fluor Intercontinental, Inc., 2020 WL 1487700 (CA4 Mar. 25, 2020). You may read the opinion here.

BG Anderson, a West Point graduate and highly decorated military veteran, worked for Fluor Corporation, a DOD contractor, as its Country Manager for Afghanistan. Fluor received an ethics hotline complaint alleging that Anderson had a potential conflict of interest in Fluor’s plans to award a subcontract for local Afghan labor to Relyant Global.

The Fluor legal department, in accordance with its internal policies and procedures, initiated an internal investigation. Fluor’s senior in-house counsel, Karen Douglas, led the investigation but effectively delegated it to Corporate Investigators, most of whom are former law-enforcement officers.

For an excellent example of how to persuade a court that an in-house lawyer conducted a privileged internal investigation, read lawyer Douglas’s declaration, available here.

As a government contractor, Fluor had a regulatory obligation under 48 CFR § 52.203.13 to disclose certain information to the DOD’s Office of Inspector General.

So, Fluor provided the DOD with a “summary of the facts” of the internal investigation and copied the U.S. Army. Did this disclosure waive the privilege that Fluor’s legal department worked so hard to protect?

The District Court found that Fluor’s disclosure of its summary factual findings revealed attorney–client communications because it reached conclusions that “only a lawyer is qualified to make.” Thus, it found privilege waiver. And not just waiver—subject-matter waiver.  You may read the District Court’s opinion here.

In a per curiam opinion, the 4th Circuit found that the District Court’s conclusion was “clearly and indisputably incorrect.” The Court emphasized that waiver occurs upon a disclosure of a communication or information protected by the privilege. The Court declined to “infer a waiver merely because a party’s disclosure covers ‘the same topic’ as that on which it sought legal advice.”

Courts must “distinguish between disclosures based on the advice of an attorney, on the one hand, and the underlying attorney–client communication itself, on the other.” The District Court’s finding that Fluor’s summary provided to the DOD contained conclusions “only a lawyer could make” was the wrong test.  “Instead, to find waiver, a court must conclude that there has been disclosure of protected communications.” (emphasis by the court).

For those companies subject to regulation-mandated government disclosures, the 4th Circuit’s focus on disclosure of communications—rather than information on the same topic of those communications—is a distinction worth remembering. The Fluor decision shows that a company can successfully thread the privilege-waiver needle by meticulously avoiding disclosure of an employee’s communications with in-house counsel or its designated investigator.

2020-05-19
Previous Post: One-Half of Wisdom: Circumventing Privilege Objections at Depositions
Next Post: Lobster Wholesaler Sends Lawyer’s Emails to FBI and Waives Privilege in the “Most New England Crime Ever”