What’s the PCAOB, you ask? It is the Public Company Accounting Oversight Board, and it has some power.  A non-profit organization established by Congress in 2002, the PCAOB oversees the audits of public companies and SEC-registered brokers and dealers. It has the authority to investigate companies—such as Ernst & Young—that 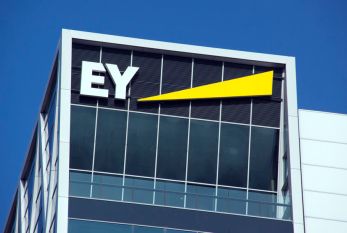 audit public companies. 15 USC § 7215(b). The information it receives, however, is subject to a statutory evidentiary privilege. Or at least it appears so.

The Fifth Circuit condemned the PCAOB’s conveyance to the FDIC of privileged information pertaining to EY, and quashed the deposition of an EY auditor. But was the issue moot, and did it prevent the FDIC’s malpractice action against the auditing firm?  FDIC v. Belcher, 978 F.3d 959 (CA5 2020).  You may read the decision here. (Petition for rehearing and en banc review denied Jan. 6, 2021).

The PCAOB Act provides an evidentiary privilege that precludes the organization from disclosing materials received and prepared during an investigation. The Act mandates that these materials “shall be confidential and privileged as an evidentiary matter” and are not discoverable in any federal or state court or administrative proceeding. 15 USC § 7215(b)(5)(A).

Despite the evidentiary privilege, the Act permits the PCAOB to disclose privileged material to other governmental agencies, including the Attorney General of the Unite States, states attorneys general, and—importantly for our purposes—the “appropriate Federal functional regulator … for an institution subject to the jurisdiction of such regulator.” 15 USC 7215(b)(5)(B)(ii)(III). But this disclosure does not eviscerate the privilege.

As part of the investigation, EY produced thousands of documents to the PCAOB, including sacred workpapers, emails, proprietary firm methodology, and personnel files.  Several of its auditors gave 28 days of depositions resulting in 62,000 transcript pages and 390 exhibits. One of the deponents was EY auditor Daniel Belcher.

The Bank failed, and the Louisiana Office of Financial Institutions appointed the FDIC to serve as the Bank’s receiver.  You may read the FDIC’s press release here and read about the Bank’s “decline and fall” here.  In its role as a receiver, the FDIC investigated EY and asked PCAOB to provide it with the documents EY produced and the deposition transcripts of EY auditors.

PCAOB did so.  But why? The evidentiary privilege is quite clear, but I suppose this was not—at the time—a court or administrative proceeding. So, did PCAOB see the FDIC, even though a receiver, as one of the regulatory/oversight agencies that could receive the information despite the privilege?

But I Asked You Nicely…

Each time EY produced information to the PCAOB, it made this request—

The PCAOB had no legal obligation to notify EY when it produced materials to the FDIC and did not honor the firm’s request to do so.

After reading the materials, the FDIC wanted EY’s Belcher to sit for a second deposition. EY’s lawyers stepped in and declined, saying that the FDIC lawyers “committed a legal violation and ethical breach” by obtaining the privileged material from PCAOB.

The FDIC filed suit to enforce the subpoena. The District Judge enforced the subpoena and the Fifth Circuit denied a stay. So, the FDIC deposed Belcher while his appeal proceeded but did not ask him about the privileged PCAOB material.

Is there a mootness issue?  Privilege or no privilege, the PCAOB did not produce the EY documents as part of a court proceeding—the District Judge had not ordered their production. The only issue the District Judge decided was whether to enforce the FDIC’s subpoena. But the court based its ruling that the FDIC could depose Belcher on its finding that FDIC, in its capacity as a receiver, was “the appropriate Federal functional regulator” that could receive the PCAOB documents. You may read the District Court’s opinion here.

On appeal, the question before the Fifth Circuit was whether the FDIC—in its capacity as the Bank’s receiver, not as the regulator—was “the appropriate Federal functional regulator” that could receive the privileged PCAOB investigatory materials. Employing statutory-interpretation principles, the court, in a 2–1 decision, held that the FDIC was not the “appropriate” functional regulator “because the FDIC was acting in its capacity as the Bank’s receiver when it acquired the confidential documents from the PCAOB.”

In fact, the FDIC—acting as a receiver—filed a separate lawsuit against EY alleging that it committed professional negligence when auditing the Bank.  And the DOJ obtained a guilty plea on a conspiracy charge to defraud the Bank.

With this finding, the court ruled that the PCAOB improperly disclosed its privileged investigatory information—including EY deposition transcripts. And for this reason, the court vacated the district court’s order enforcing Belcher’s deposition.

The Dissent: “A Strange Appeal”

The dissenting judge could not overcome the mootness of the issue.  The district court and the appellate majority analyzed the PCAOB’s production of privileged material to the FDIC.  But the district court did not order that production, and the only issue before the court was whether the FDIC could depose an EY auditor.   The deposition occurred, and the FDIC did not even ask about the privileged documents.

The dissent saw “no reason to override what common sense suggests: the appeal of an order requiring a deposition is moot once the deposition is over.” In short, as the dissent said, “This is a strange appeal.”

What are the takeaways here? EY produced information to the PCAOB, as required, but with the statutory assurance that the documents were privileged from compelled disclosure in any subsequent court proceeding. Yet, the PCAOB—for an unknown reason—hurdled the privilege and gave EY’s information to the FDIC which used it to further investigate the firm, seek investigatory depositions, and sue it for malpractice. Would a written agreement between EY and PCAOB have prevented the PCAOB’s unilateral dissemination of the privileged information?

Quashing the already-taken auditor’s deposition seems like a moot topic and, in any event, pales in comparison to the PCAOB’s conveyance of privileged material. Perhaps we see this issue again in the malpractice action. Strange, indeed.