Here is a question for you: If a producing party objects to a document request on, first, relevancy, and second, privilege, do the Federal Rules of Civil Procedure still require the production of a privilege log? On the one hand, if the court upholds the producer’s relevancy 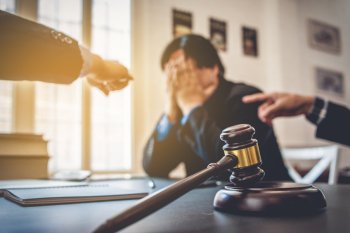 objection, then the costly and time-consuming production of a privilege log seems wasteful.  On the other hand, requiring a court to offer piecemeal rulings on a successive layer of objections also seems wasteful.

One court has—emphatically—endorsed the latter view.  When the defendant in a FCRA case offered a blanket, boilerplate privilege objection—in addition to a relevancy objection—but produced no privilege log, the court showed no mercy.  Finding that the producer’s actions amounted to “bad faith,” and observing that parties assert privilege too “cavalierly” and otherwise “abuse” the privilege too often, the Court issued the ultimate ruling: the producer waived all privilege objections.  Stagger v. Experian Inform. Solutions, Inc., 2021 WL 5299791 (N.D. Ill. Nov. 15, 2021). You may read the opinion here, and I recommend that you do.

In this case, the plaintiff claims that Experian violated the Fair Credit Reporting Act by reporting that one of the plaintiff’s credit accounts was open with an outstanding balance despite alleged knowledge of her prior bankruptcy discharge.  During discovery, the plaintiff sought emails and other documents related to Experian’s post-bankruptcy scrub procedures and any changes to those procedures in early 2021.

Experian objected to this request by stating–

So, note that Experian raised a privilege objection, but also a relevancy objection, and then declared it would not even search for responsive documents.  How will the Court assess this stance?

Federal Rule of Civil Procedure 26(b)(5) provides that, when a party “withholds information otherwise discoverable” by claiming privilege protection, then the party must “describe the nature of the documents, communications, or tangible things not produced or disclosed—and do so in a manner that, without revealing information itself privileged or protected, will enable other parties to assess the claim.”

Experian did not produce a Rule 26(b)(5) privilege log. It argued, instead, that because (in its view) the at-issue documents were not relevant, then the documents were not “otherwise discoverable.”  And because they were not “otherwise discoverable,” the privilege-log requirement did not activate.  Experian told the Court that, if the Court rejects its relevancy objection, then it “will collect those documents” and “conduct a privilege review.”

The Court reacted negatively to this “novel argument.”  It noted that Experian’s privilege objection contained no description of the withheld documents or an explanation for why the privilege covered them.  And this type of “boilerplate objection,” the Court found, is “tantamount to making no objection at all.”

What about the argument that the Court should decide Experian’s relevancy objection before making the company and its lawyers conduct a costly privilege review, you ask?  Well, the Court quoted Judge Posner’s observation that “the soundness of a conclusion” may “be tested by its consequences.” And, here, Experian’s position is “an argument that in practice would needlessly extend every discovery dispute and require multiple trips to court in every case: first to get a relevancy ruling and then, if necessary, to get a privilege ruling.” This argue-and-return approach to discovery disputes is contrary to the tried-and-true maxim of judicial economy because “no court has time to bifurcate virtually every discovery dispute into multiple rounds of briefing on individual objections.”

The Court also categorically rejected Experian’s “blanket claims of privilege” without first conducting any type of privilege review.  These blanket privilege claims are “at odds with all of the privilege cases and with the basic concept of a claim of privilege,” the Court concluded. In fact, the Court posed this query:

If Experian hasn’t gone over the documents, how could it claim they are privileged in its objections … and in a brief filed in federal district court?

The only answer the Court could muster was that the privilege claims “were made in bad faith and, of course, cannot be upheld.”

And drawing more from the judicial economy aspiration, the Court stated that “any attempt by a judge to make a determination of privilege without a sound factual foundation amounts to nothing more than a waste of judicial resources.”

Noting the “hoary nature” of the attorney–client privilege, the Court recognized the general reluctance to impose a waiver sanction for a party’s initial failure to produce an adequate privilege log.  But this was a different situation—the assertion that the attorney–client privilege covered documents before the lawyers ever reviewed those documents “can only be said to have been made willfully or in bad faith.”

And for this bad-faith finding, the Court ruled that Experian had waived the privilege.  The documents, therefore, were not only relevant, but must be produced without regard to any privilege protection.