Experts come in all shapes and sizes but fall only into two categories: consulting experts and testifying experts. The Federal Rules of Civil Procedure provide distinct discovery protections—but not privileges—for these two classifications, but the line between these distinctions blurs when a 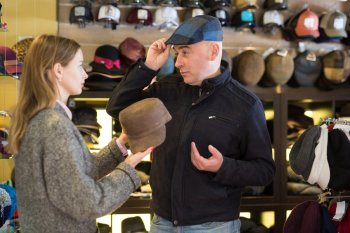 In a False Claims Act case, a federal court addressed the discovery protections for these so-called “dual-hat experts,” and ruled that the relator’s consulting-turned-testifying expert must produce his communications with the DOJ and CMS. And this includes communications held before the relator designated the expert as a testifying one. United States ex rel. Steven Scott v. Humana, Inc., 2021 WL 3909906 (W.D. Ky. Aug. 31, 2021). You may read the opinion here. Let’s see what these protections—don’t say privileges—are all about.

A managing actuary for Humana claimed that Humana misrepresented the value of its prescription-drug benefits plan which resulted in the federal government paying more of beneficiaries’ costs than it otherwise would have. After filing a FCA cIaim, in June 2018 the actuary retained Richard Foster, the Chief Actuary for CMS, as a consulting expert.  In “late 2018”—no one apparently knows exactly when—the relator retained Foster as a testifying expert.

Both before and after the relator retained him as a testifying expert, Foster held several meetings with the relator’s attorneys, DOJ attorneys, CMS attorneys, and CMS actuaries.  Humana moved to compel those communications, but the relator claimed that certain consulting expert protections prevented their disclosure.

A Distinction between Protections

The 1970 FRCP amendments ushered in the rule (then 26(b)(4)(B) but now 26(b)(4)(D)) rendering non-discoverable “facts known and opinions held” by consulting experts. This rule is not an evidentiary privilege; in fact, the rule’s comments explain that the rule repudiates prior cases holding that some privilege protects discovery of expert communications. The rule, rather, is akin to the work-product doctrine protecting litigation-strategy information.

Don’t believe me? The 7th Circuit once said that “This rule is simply an application of the work product rule.” Appleton Papers, Inc. v. E.P.A., 702 F.3d 1018, 1024 (CA7 2012).  Indeed, the rule contains a familiar carve-out: an adversary may obtain a consulting expert’s “facts known and opinions held” in “exceptional circumstances” when it is unable to obtain the information elsewhere.

With this backdrop, the Humana court assessed the relator’s argument that the consulting-expert protection precluded discovery because Foster continued to serve as a consulting expert even after the relator disclosed him as a testifying expert.  Foster also submitted a declaration, available here, swearing that he did not rely on any DOJ or CMS communications in forming his expert opinions. The court saw the quandary, noting:

The court did not outright reject the relator’s protection claim simply because some of the communications occurred after the relator retained Foster as a testifying expert. Instead, the court stated that “the proponent of a dual-hat expert … may still claim that materials are privileged under Rule 26(b)(4)(D)”—the consulting-expert protection rule.  This rule (respectfully not a privilege) covers “only those materials generated or considered uniquely in the expert’s role as consultant.” (emphasis by the court).

To answer this question, courts “look to whether the communication contains information that the expert ‘considered’ in forming his testifying opinion.”  In other words, they apply a 26(b)(4)(C) testifying-expert standard.  And, importantly, courts resolve ambiguities on this point “in favor of discovery.”

Here, the dual-hat expert Foster provided a declaration that, in the court’s view, was a bit too conclusory. Neither Foster nor the relator, the court found, provided sufficient detail about whether Foster considered his communications with the DOJ and CMS in forming his testifying opinions. He simply said something to the effect of: “I did not consider it.”

But an expert’s self-proclamation “does not control,” the court said. Rather,

Courts have embraced an objective test that defines “considered” as anything received, reviewed, read, or authored by the expert, before or in connection with the forming of his opinion if the subject matter related to the facts or opinions expressed.

So, if you read something—or hold a DOJ or CMS meeting—that relates to your opinions, then it falls within the objective “considered” standard and, thus, is discoverable.