Insurance claims adjusters and in-house counsel—listen up. A ruling from a 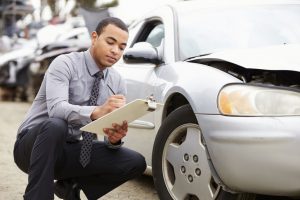 federal Magistrate Judge reveals the uncertainty of the attorney–client privilege and work-product doctrine in the claims-handling process.

The Court ordered production of a claims adjuster’s emails, claims notes, and an “inter-office memorandum.” This privilege rejection came even though the documents involved the insurer’s in-house counsel. Olsen v. Owners Ins. Co., 2019 WL 2502201 (D. Colo. June 17, 2019). You may read the opinion here.

Claims Handling and a UIM Lawsuit

It all began with a car wreck involving Varejo Manzaneras and Ken Olsen. Olsen was injured, couldn’t work, and made a claim against Manzaneras’s insurance company. Olsen accepted Manzaneras’s policy limits and turned to his UIM carrier, Owners, for additional funds.

The Magistrate Judge’s opinion contains many privilege headlines that may surprise claims adjusters and attorneys who work with them. The Judge said that, “in the context of insurance claims and investigations, not every document drafted by counsel or every communication with counsel” is privileged. And that, “typically, claims investigations arising in the first-party context … are made in the ordinary course of business and are discoverable.”

“Indeed,” the Court reminded us, “the roles of claims handler and attorney are not mutually exclusive.” And “the mere fact that an attorney is involved in a communication or drafting does not automatically render that communication or document” privileged.

With these legal principles in mind, the Magistrate Judge rejected the privilege for these emails and documents:

Not here, the Judge said, because Owners did not anticipate litigation at the time of making the communications. The Judge found that Owners could not reasonably anticipate bad-faith litigation solely upon the filing of a UIM claim.

Owners also argued that it anticipated bad-faith litigation before creating those communications because Olsen’s counsel “boasts an active practice in bad faith breach of insurance contract cases.” This “boasting” may be true, as you can see here, but if I had a nickel for every boastful lawyer ….

The Magistrate Judge said that “the touchstone of the attorney–client privilege is that legal advice is sought and exchanged.” I would say it a bit differently: the privilege covers communications—including those containing facts—from a corporate employee to an in-house lawyer made so that the lawyer can render legal advice to the corporation. Here, the adjuster sent the in-house lawyer factual communications, which the privilege should cover if it was for legal-advice purposes.

If Owners ultimately falls short, then it is likely due to the lack of legal-advice evidence.  It essentially said that the privilege is self-evident on the emails and documents, and did not submit any evidence—from its adjuster or its in-house counsel—explaining why the communications were necessary for the in-house lawyer to provide Owners with legal advice.

Indeed, the Magistrate Judge repeatedly stated that, “without more,” she could not glean a legal-advice component from the communications she examined in camera.

In the end, the take-away is that courts often view the claims-handling process as a routine business practice for insurance companies rather than a legal-advice endeavor. For further proof of this statement, see this post and this one.

And stay tuned for the District Judge’s decision.