Used to calling balls and strikes—though apparently not very well 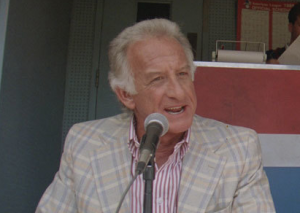 —MLB Umpire Angel Hernandez failed to throw a strike when asking a federal court to adopt a “Union Relations Privilege” in his discrimination case against Major League Baseball. In fact, his privilege pitch missed the strike zone in Ricky Vaughn (“Wild Thing”) fashion, but I’ll follow  Bob Uecker’s lead and say it was “just a bit outside.” Hernandez v. The Office of the Commissioner of Baseball, 2019 WL 2535445 (SDNY June 20, 2019). Available here.

A much-criticized umpire, Angel Hernandez has argued with many MLB managers over his behind-the-plate and on-the-field calls, including former Yankees Manager Joe Torre. Now retired, one of Torre’s duties as MLB’s EVP of Baseball Operations is to oversee MLB umpires.

Hernandez sued MLB claiming that the League discriminated against him by failing to assign him to work World Series games. He blames the treatment on Torre’s “history of animosity” towards him stemming from his Yankees managerial career, but also because of his race and national origin.

You Want Me to Adopt What?

In the lawsuit, MLB sought production of Hernandez’s communications with his union, the Major League Baseball Umpires Association. Hernandez objected on privilege grounds, and asked the federal court 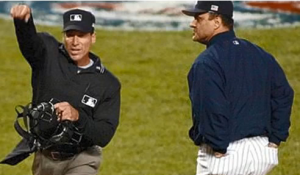 to adopt and apply a “union relations privilege” that purportedly protects from discovery a union member’s conversations with union executives and representatives.

The court took the opportunity to explain—and remind us—of the high standards one must meet to persuade a court to adopt a new common-law evidentiary privilege. Courts begin with the presumption that everyone has a duty to give testimony (the “every man’s evidence” maxim) and that privilege exemptions from this duty are “distinctly exceptional.”

Privileges are neither “lightly created nor expansively construed,” and the privilege proponent must persuade the court that the putative privilege “has a public good transcending the normally predominant principle of utilizing all rational means for ascertaining the truth.” With these principles in mind, courts use these criteria for new-privilege determinations—

The court surveyed the privilege-landscape and found that many federal courts have rejected the existence of a union relations privilege. A couple of courts have applied a privilege, sometimes called a labor relations privilege, to protect communications between union members and union representatives “during the course of disciplinary proceedings,” as you can read about in this post.  But even if right, that was inapplicable to Hernandez’s situation.

So, no privilege, and I’ll turn it over to Uecker to provide the final outcome of Hernandez’s privilege pitch.