The Trump DOJ has asserted another privilege to withhold information.

But this time, the protection effort deals with a July 2016 “talking points” memo prepared for then-Attorney General Loretta Lynch pertaining to her infamous meeting with President Clinton on a Phoenix tarmac. The D.C. 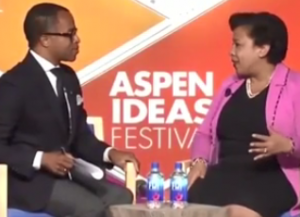 District Court ruled that the deliberative-process privilege, a subset of the global and non-specific executive privilege, precludes its production. Am. Ctr. for Law & Justice v. U.S. Dep’t of Justice, 2019 WL 2744684 (D.D.C. June 30, 2019). You may read the decision here.

Remember the on-again, off-again FBI investigation into Secretary Clinton’s use of a private email account? On June 27, 2016, while the investigation was ongoing, AG Lynch and President Clinton held an impromptu discussion on a Phoenix tarmac, a meeting that a CBS reporter called “shocking, absolutely shocking,” and that Lynch said she “certainly wouldn’t do again.”

On July 5, 2016, FBI Director Jim Comey held an unusual press conference recommending that the DOJ not prosecute Secretary Clinton for her private email usage. On July 6, 2016, AG Lynch approved of that recommendation in a statement.

The American Center for Law and Justice sent DOJ a FOIA request for records related to the Lynch–Clinton tarmac meeting. The records request encompassed the talking-points memo, but DOJ asserted the deliberative-process privilege to prevent its disclosure. You may recall that the State Department won a similar privilege assertion to a Clinton-email-related FOIA request, and if not you may read my report and analysis about it here.

The Court, based on a DOJ lawyer’s declaration (available here), found that the talking-points memo was predecisional and deliberative. The memo amounted to DOJ subordinates’ recommendations on how to respond to press inquiries. The memo was not a “final decision”—even though it included “FINAL” in the title—because the talking points were “proposed” responses to certain press inquiries, including Lynch’s tarmac interaction with President Clinton.

The final decision—what is discoverable—was what Lynch “actually said to the public and media.”

Did Lynch follow the talking points? Absent a successful appeal, we will never know.