The Clinton email scandal continues to rear its head in political news circles, but also in the much more exciting circles of FOIA and the deliberative-process privilege.

In a FOIA case seeking documents showing that Secretary Clinton sought approval to use private email for government business, a federal court upheld the State Dept.’s deliberative-process privilege.  And without deciding whether Clinton’s email use was improper, the court held 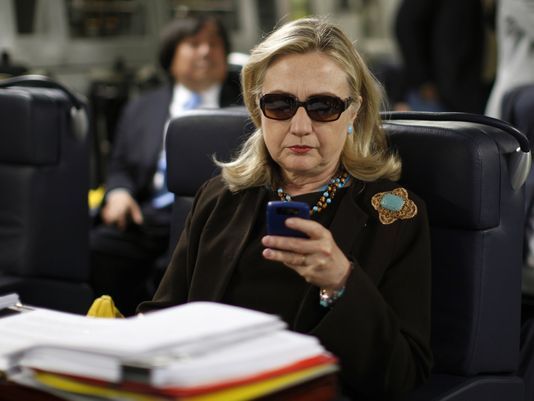 Judicial Watch made a FOIA request to the State Dept. for (1) any “records of request” by Secretary Clinton seeking approval to use an iPad or iPhone for official government business, and (2) intra-agency documents related to “the use of unauthorized electronic devices.”

Is there a Government-Misconduct Exception?

The court decided not to decide.  It held that, even if a government-misconduct exception exists, it did not apply to the State Dept.’s withheld documents.

Reviewing in camera the documents the State Dept. withheld, the court found that “agency leadership” (who could that be?) requested to use a Blackberry “in ways that were not customary within the agency.” And while State Dept. staff had to “resolve disagreements,” the court held that the documents did not reveal “nefarious motives” warranting a finding of government misconduct.

In sum, Judicial Watch focused on Secretary Clinton’s alleged misconduct in using personal emails rather than whether the intra-agency discussions falling within the deliberative-process privilege evidenced misconduct.  The court found it “unnecessary” to address Clinton’s underlying conduct, and ruled that the privilege applied.

2018-01-16
Previous Post: Not So Fast, My Friend. Privilege May Apply When CC’ing In-House Lawyer
Next Post: Parent Corp. Successfully Invokes Privilege for Dissolved Subsidiary—Here’s How