In our complex corporate world of parents, direct and indirect subsidiaries, affiliates, mergers, acquisitions, and dissolutions, an increasingly litigated issue is whether a parent’s in-house counsel may have privileged communications with the subsidiary’s employees.  The USDC for E.D. Missouri sustained a parent company’s privilege assertion over its in-house lawyers’ communications with a defunct subsidiary. 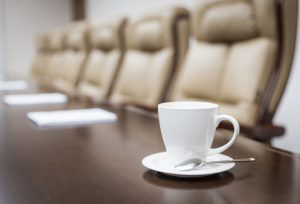 When PTC Seamless Tube failed to pay Robinson Mechanical for construction work, Robinson sued Seamless and its parent, PTC Group Holding.  Seamless filed for bankruptcy and, before its ultimate dissolution, transferred its documents, including privileged documents, to Holding.  The Bankruptcy Court’s transfer order, available here, expressly stated that Holding’s review of Seamless’ privileged documents would not result in privilege waiver.

Robinson nevertheless moved to compel the documents, arguing that Seamless, now a dissolved entity which defaulted in the lawsuit and had no management, cannot assert the privilege.  The Bankruptcy Court’s order, it argued, was simply a non-waiver provision and did not grant Holding—its parent—independent power to assert Seamless’ privilege.

Holding initially relied on the Bankruptcy Court’s order for its privilege claim, but then asserted the joint–client doctrine in supplemental briefing.  Holding argued that it and Seamless were joint clients that shared in-house counsel.  In support, Holding’s General Counsel filed a declaration stating that he also served as Seamless’ GC,  provided legal services to Seamless, and that Holding and Seamless shared several common interests on which he provided joint representation. Read the complete declaration here.

Under the joint–client doctrine, the attorney–client privilege protects communications between the clients and their single lawyer as to third parties, but does not protect those communications in situations where the two clients become adverse.

The court, relying on the 3d Circuit’s must-read opinion in In re Teleglobe Commc’ns Corp., 493 F.3d 345 (CA3 2007), recognized the joint–client doctrine and held that, to gain the doctrine’s protection, a corporation must prove a “common interest” between the parent and subsidiary that is “identical or nearly so in order that an attorney can represent them all with candor, vigor, and loyalty that our ethics require.”

The Court, citing Delaware law, held that “parent corporations and their wholly-owned subsidiaries have the same interests because all of the duties owed to the subsidiaries flow back up to the parent.”  The Court then ruled that Holding may assert the joint–client “privilege” on behalf of Seamless for documents that “otherwise qualify as privileged and relate to matters of common interest to the two corporations.”

Although the Court did not specifically cite to the General Counsel’s declaration, it is clear that it relied on that declaration to find that Holding and its subsidiary retained a single lawyer—here, sharing a legal department—to represent them on matters of common interest.  Parents and subsidiaries facing privilege challenge should consult the GC’s declaration for guidance in achieving its privilege burden-of-proof.

Another consideration is to have the parent and subsidiary companies execute an engagement-like agreement with the legal department, which may provide additional and contemporaneous evidence that the two companies shared a common interest.  This consideration should receive greater weight if the companies use joint outside counsel.

The Court did not address the choice-of-law issue.  The Court had this breach-of-contract case under diversity jurisdiction and, therefore, Missouri privilege law governed the parent–subsidiary privilege issue.  While the parties briefed Missouri law, the Court relied exclusively on federal law to apply the joint–client doctrine.  The outcome likely would have been the same—and perhaps explains the absence of any choice-of-law discussion—but it is something to keep in mind.