Privilege Protects Indemnitor and Indemnitee’s Discussions—If You Prove It

An interesting privilege issue maneuvered through the NC court system—does a contract’s indemnification provision create an attorney–client relationship between a law firm, indemnitee, and a non-party indemnitor so that 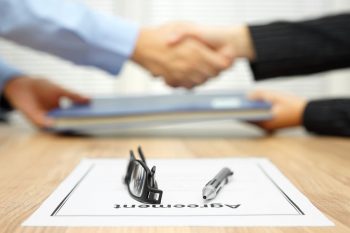 the privilege protects communications between the indemnitor and indemnitee?

In a decision that I profiled in this post, the NC Court of Appeals held that the indemnification clause created a business—not legal—interest between the indemnitor and indemnitee, and therefore the common–interest doctrine did not protect their communications from discovery.

But the NC Supreme Court reversed, ruling that an indemnification agreement creates a common legal interest between an indemnitor and indemnitee because “the indemnitor contractually shares in the indemnitee’s legal well-being.”  This common interest creates a tripartite attorney–client relationship between the indemnitee, indemnitor, and their defense counsel.  Friday Investments, LLC v. Bally Total Fitness of the Mid-Atlantic, Inc., 2017 WL 5016625 (N.C. Nov. 3, 2017).  You may read the decision here.

Bally leased space for its health club operations, but later sold the health club and assigned the lease to Blast Fitness Group.  The Asset Purchase Agreement between Bally and Blast contained an indemnification provision.

The lessor later sued Bally (but not Blast) for unpaid rent, and Blast agreed to defend Bally pursuant to the Asset Purchase Agreement.  When the lessor requested post-suit correspondence between Bally and Blast, Bally sought a protective order claiming that the attorney–client privilege protected the correspondence.

The NC Supreme Court’s first analysis was whether a “tripartite attorney–client relationship” existed between the indemnitor (Blast), the indemnitee (Bally), and the defense lawyer.  If not, there was no privilege protection; but, if so, some privilege-related doctrine—if proven—supplied protection.

Although it gave no moniker, the court applied the joint–client doctrine, which permits privileged communications to flow between a lawyer and two or more clients having a common legal interest.  The court explained that “[t]he rationale for recognizing this tripartite attorney–client relationship is that individuals with a common interest in the litigation should be able to freely communicate with their attorney, and with each other, to more effectively defend or prosecute their claims.”

And this common interest is legal—not business—related.  According to the court, “[t]he fact that indemnification relates to a business purpose does not sever but strengthens that common interest.”  The court therefore held that a tripartite relationship existed between the indemnitor, indemnitee, and their defense lawyer.

A Relationship but Still No Privilege

The Court’s second analysis focused on whether Bally/Blast proved that the privilege actually applied to their communications.  The Court applied a five-factor test, looking for: (1) an existing attorney–client relationship; (2) a confidential communication; (3) a communication that related to the matter about which they consulted an attorney; (4) a communication made for legal-advice purposes; and (5) the lack of privilege waiver.

Here, Bally/Blast failed to ask the trial court to issue its findings of fact and conclusions of law on the privilege challenge, accepting instead the court’s summary disposition.  And they later failed to timely submit the records to the court of appeals.

So, even “though a tripartite attorney–client relationship exists,” the court could not conclude, “given the bare record before [it], that the trial court abused its discretion or misapplied the law in compelling disclosure.”

As I noted in my initial post, “one would think that a contractual indemnification provision pertaining to third-party claims necessarily invokes a common legal interest.”  And the Supreme Court agreed, holding as a matter of law that an attorney–client relationship exists between a lawyer, indemnitor, and indemnitee, even if the indemnitor is not a party to the lawsuit.

I also noted that, to remove any guesswork on this issue, an indemnitor and indemnitee should consider entering a common-interest agreement.  And if they choose the same lawyer, a joint–client engagement letter should suffice.