For my 400th post, let’s discuss a decision from my home state addressing a sometimes forgotten distinction in the area of waiver. Courts generally find waiver of, for example, a contract provision, a claim, or a constitutional guarantee, when there is a voluntary relinquishment of a known right. But just like the concept of success means different things to different people, the concept of waiver means different things for the attorney–client privilege and the work-product doctrine.

One court illustrated this for us.  In a squabble over whether a party influenced a witness to delete cell-phone evidence, the court found that the privilege or work-product doctrine 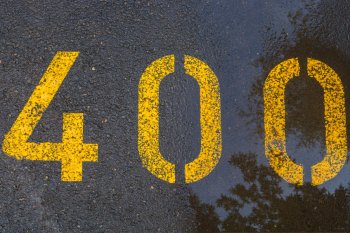 A Campaign of Disparagement

A company and its former CEO resolved their disputes, and the settlement agreement contained a non-disparagement clause.  The company later sued the CEO claiming that he “embarked on a campaign of disparagement” against the company and others as part of a scheme to regain control of the company. And it sued the CEO’s former lawyer for allegedly aiding him in this scheme.  An arbitrator ultimately found in favor of the CEO.

The company filed a federal-court action to set aside the arbitrator’s decision.  Part of the company’s argument was the CEO, along with his attorney, improperly influenced the CEO’s father and founder of the company.  As part of this alleged scheme, the CEO allegedly had the father’s caretaker surreptitiously record the father’s conversations with others and then instructed the caretaker to delete the recordings.

The privilege and work-product issues arose during a court battle over retrieving these recordings from the caretaker’s cell phone.

A forensic examination of the cell phone revealed several recordings and documents that the caretaker produced, but she withheld 7 emails that she claimed the attorney–client privilege or work-product doctrine protected from discovery.  These emails, though, were between the defense lawyers, the caretaker’s lawyer, and the caretaker herself.

So, does this sharing of thoughts and communications constitute a waiver of the work-product and privilege protections?

We know that confidentiality is one of the tenets of the attorney–client privilege.  The privilege’s purpose is to encourage clients to communicate openly and freely with their attorneys so the lawyer can render optimal legal advice. The encouragement arises primarily from the confidentiality element—if the communication isn’t confidential when made and kept confidential thereafter, the privilege’s purpose evaporates. So, disclosure of a confidential client communication waives privilege protection.  For further discussion of this concept, particularly in the corporate counsel context, see my column, A Need to Know, published in Today’s General Counsel magazine.

In Kenco, Magistrate Judge Steger, who wrote the opinion on witness statements and work product profiled in one of my most-read posts, explained that the waiver rule for the work-product is different—because the doctrine’s purpose is different. The doctrine protects two types of information created in anticipation of litigation. First, it protects opinion work product, which covers documents reflecting the attorney’s mental impressions, opinions, and legal strategies. Second, it protects fact work product, which is “written or oral information transmitted to the attorney and recorded as conveyed by the client.”

The doctrine’s purpose, therefore, is “to allow an attorney to assemble information, sift what he considers to be relevant from irrelevant facts, prepare his legal theories and plan his strategy without undue and needless interference” from her adversary.  Or, as Justice Jackson said in Hickman v. Taylor, 329 U.S. 495, 516 (1947):

A common law trial is and always should be an adversary proceeding. Discovery was hardly intended to enable a learned profession to perform its functions either without wits or on wits borrowed from the adversary.

Because of this purpose, Judge Steger recognized that disclosing work-product to a third party waives the protection, but only if “the third party is an adversary.”

Although not relevant to the facts in Kenco, a party also waives work product if the disclosure otherwise substantially increases the opportunity for potential adversaries to obtain the information. 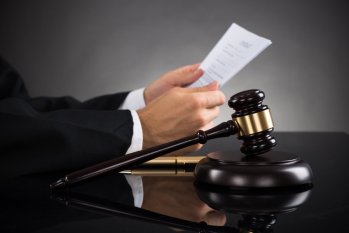 ase or the status of imaging the caretaker’s cell phone. The court found it self evident that the lawyers created and exchanged these emails because of litigation, so the work product doctrine protected them.  And even though the lawyers copied other lawyers, including the lawyer for the non-party caretaker, the court found no waiver because “these attorneys do not represent clients whose positions are adverse.”

The seventh email, however, was different.  It was an email from the caretaker’s lawyer to the caretaker—his client.  It was clear that the email was an attorney–client communication for the purpose of receiving legal advice, so the privilege protected it.

The problem, though, was that the lawyer copied a lawyer for a third party.  This disclosure to a third-party attorney breached the confidentiality tenet, and Judge Steger found that, “since the communication was shared with a third party, … the attorney–client privilege was waived.”

2022-03-10
Previous Post: Sharpen Your Privilege Axe for Board Minutes and Reports
Next Post: Court Imposes “Significant Waiver” for Disclosure of Privileged Investigation to DOJ and SEC