In a grand jury investigation into FCPA violations, the Third Circuit upheld a district court’s in camera examination of a corporation’s attorney and application of the crime–fraud exception to overcome the attorney–client privilege. In 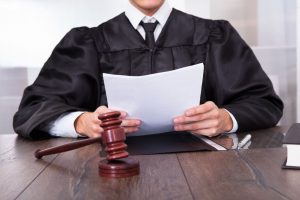 doing so, the appellate court held that the Supreme Court’s standard in United States v. Zolin, 491 U.S. 554 (1989), governs whether a court may conduct an in camera witness examination to determine the crime–fraud exception’s application. In re Grand Jury Subpoena, 2014 WL 541216 (CA3 Feb. 12, 2014). You may access the opinion here.

During its investigation of a consulting company and its president for alleged FCPA violations, a grand jury in the Eastern District of Pennsylvania issued a subpoena to the company’s former attorney. The U.S. Attorney’s office sought enforcement of the subpoena, arguing that the crime–fraud exception overcame the company’s attorney–client privilege assertion.

Using the government’s questions, the district court examined the company’s attorney in camera, outside the presence of government or defense counsel, and, based on this in camera testimony, ruled that the crime–fraud exception applied. The court then compelled the attorney to provide the grand jury testimony concerning attorney–client conversations.  POP profiled the district court’s decision in this post.

Standard for In Camera Examination

The Supreme Court ruled in Zolin that a district court may review in camera otherwise privileged documents to determine whether the crime–fraud exception applies. Before conducting an in camera document review, however, the district court “should require a showing of a factual basis adequate to support a good faith belief by a reasonable person that in camera review . . . may reveal evidence to establish the claim that the crime–fraud exception applies.”

The company and its president argued that the court should apply a higher standard before conducting an in camera oral examination because, unlike documents that memorialize statements, a witness’s memory is subject to inaccuracies. The court noted that “the pliability of a witness’s memory is a substantial one” because of “dangers of inaccuracy and untrustworthiness in probing into the memory of an attorney regarding past communications that do not occur with documented communications.”

But with little explanation, the Court expressed its confidence that district courts “will be able to question an attorney witness in a way that ensures that the attorney accurately recounts the communications with the client.” So, the Court held that the Zolin document standard applies equally to determine whether to examine a witness in camera.

The grand jury was investigating whether the company and its president violated the FCPA by paying significant sums to the sister of an official with a United Kingdom bank from which the company was seeking a financial investment. The president informed the attorney that he planned to pay the bank official to ensure that the financial outlay moved swiftly, but the attorney advised the president not to make the payment.

The Third Circuit upheld the district court’s finding that this communication fell within the crime–fraud exception. Although noting that this was a “close case,” the district court found that the president used the attorney’s advice regarding direct payment to the bank official to circumvent the FCPA by making the payment to the official’s sister. The court applied the crime–fraud exception and required the attorney to testify before the grand jury about his confidential, privileged conversations with his client.