The question can cause even the most confident lawyer to freeze, if only for an instant. Upon returning from horse-shedding consulting with the deponent-employee of your corporate client during a deposition break, the questioning lawyer 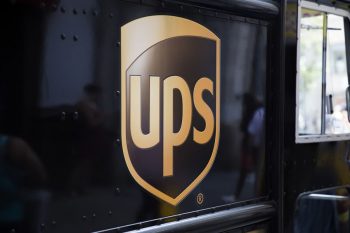 asks the employee to reveal those consultations.

Whether the attorney–client privilege protects deposition-break discussions between lawyer and client depends upon the situation—and the jurisdiction. The Kansas federal court recently weighed in and upheld a UPS attorney’s privilege objection when opposing counsel inquired about her conversation with a corporate employee during three deposition breaks. Norwood v. United Parcel Serv., 2020 WL 2615763 (D. Kan. May 22, 2020). You may read the decision here.

In a disability-discrimination case, plaintiff’s lead counsel—from Arkansas—took the deposition of Stan Roux, UPS’s Director for the Central US Employee Relations. At a deposition break, and with no question pending, Mr. Roux consulted with the UPS lawyer defending the deposition. When the questioning resumed, this colloquy occurred:

Plaintiff’s Counsel:  So, Mr. Roux, what did you and your lawyer talk about just now?

UPS Counsel:  Object to the form of the question. Attorney-client privilege. It’s not discoverable in this jurisdiction.

Plaintiff’s Counsel: So, are you instructing him not to answer?

“This is not Arkansas”

The dueling lawyers then debated whether the privilege applied to lawyer-corporate employee discussions during a second break.

Plaintiff’s Counsel:  Mr. Roux, we took a break. Did you talk to anybody about your testimony on the break?

UPS Counsel: Object to the form. It calls for attorney–client privilege. Don’t answer the question.

Plaintiff’s Counsel: So, there was a conversation? You had conversation with him during the break?

UPS Counsel: Did you have a conversation with your client over the break?

Plaintiff’s Counsel: My client is not under examination.

UPS Counsel: This is not Arkansas. There are different rules in Kansas than Arkansas.

The lawyers continued the discussion, with Plaintiff’s counsel stating that if Kansas attorneys can have a privileged conversation with a witness during a deposition break, “then so be it.” But he later countered that his local Kansas counsel disagreed with UPS’s position.

And perhaps a general confusion was warranted. States and federal jurisdictions apply varying standards to whether the privilege protects from disclosure lawyer–client discussions held during gratuitous deposition breaks. Some follow the old Hall rule that lawyers and clients may not talk about the witness’s testimony during breaks. Hall v. Clifton Precision, 150 FRD 525 (E.D. Pa. 1993). Other courts deem the Hall rule too restrictive, and permit deposition-break discussions unless a question is pending. In re Stratosphere Corp. Sec. Litig., 182 FRD 614 (D. Nev. 1998).

The USDC for the District of Kansas maintains a set of Deposition Guidelines, available here (last visited June 23, 2020) (PDF here), that provides guidance on lawyer–client consultations during depositions. Guideline 5(c) prohibits conferences during a deposition unless necessary to determine whether to assert a privilege. Attorneys and deponent–clients, however, may engage in discussions during “normal recesses and adjournments.”

But this is a guideline rather than a strict rule of law, and the Court noted that the Tenth Circuit “has not ruled whether to follow this standard.” The Court therefore looked for guidance from other district courts within the Tenth Circuit and found that these courts elected not to follow the strict Hall standard. Instead, these courts allow lawyers to consult with clients during breaks so long as no question is pending. See Cannon v. Time Warner NY Cable LLC, 2015 WL 2194620 (D. Colo. May 7, 2015); Pia v. Supernova Media, Inc., 2011 WL 6069271 (D. Utah Dec. 6, 2011).

The Court followed these cases, upheld the UPS lawyer’s objections, and declined to re-open Mr. Roux’s deposition to provide testimony about his deposition-break consultations with counsel.

Oh, and by the way, my Arkansas legal sources tell me that the ruling would have been the same in that State.