The privilege-related losses keep piling up for Baylor University in its defense against Title IX claims. Three years after suffering a sweeping attorney-client privilege loss, the federal court ruled that Baylor waived its work-product objections over its outside lawyers’ internal investigation materials.

The reason? Baylor could not disentangle its defenses from its law firm’s work product—the investigation, findings of fact, and 105 recommendations for institutional improvement. And because the firm’s work product and Baylor’s defenses were effectively one and the same, the at-issue waiver doctrine required production of virtually all the 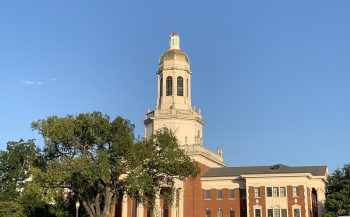 The scope of waiver was quite broad, ranging from witness interviews to emails between lawyer and client to search terms the firm used to extract relevant ESI. Doe v. Baylor Univ., 2020 WL 2850232 (WDTX June 2, 2020). You may read the opinion here.

How Did We Get Here?

At the advent of the sexual-assault scandal that engulfed Baylor’s administration and football program, Baylor retained “the Pennsylvania law firm of Pepper Hamilton LLP” to conduct an internal investigation. But for what purpose, exactly? (See Engagement Letter section below).

PH conducted a thorough investigation, and Baylor publicly released PH’s “Findings of Fact,” available here, and a list of 105 “Recommendations” for improvement, available here. In a subsequent Title IX lawsuit, a group of plaintiffs sought production of PH’s investigative materials. The court held that Baylor waived the privilege by disclosing the Findings of Fact and Recommendations, and applied the subject-matter waiver doctrine to order Baylor to produce a wide range of PH communications.

The court stopped short of finding that Baylor and PH waived the work-product doctrine because Baylor had not directly invoked PH’s work as a defense. But the court offered this stark warning:

Should Baylor directly invoke the Pepper Hamilton investigation as part of a substantive defense to Plaintiffs’ claims in the future, the Court will entertain a motion by Plaintiffs re-urging waiver.

The Plaintiffs broadly assert that Baylor violated Title IX for (1) maintaining discriminatory practices in handling student sexual-assault reports; and (2) remaining deliberately indifferent to sexual-assault claims of which it had knowledge. On this second claim—and despite the Court’s waiver warning—Baylor repeatedly referenced in its Answer and multiple court filings that it relied on PH’s investigation and recommendations to show that it was not deliberately indifferent.

But Baylor argued that, despite these references, it will not rely at trial on any of PH’s investigative work. It moved to amend its Answer to omit any reference to PH.

And then it withheld 23,000 documents under the work-product doctrine.

The Court noted that the Fifth Circuit “has not addressed the precise test for ‘at issue’ waiver of work product.” The at-issue waiver standard is rather straightforward in the privilege context, but “the law is less clear” regarding how waiver operates when a defendant affirmatively disclaims reliance on advice of counsel yet intends to offer evidence that directly or indirectly implicates its attorney’s work product.

A party waives work product when it asserts a claim or defense that relies on work product to prove its intent, its knowledge of the law, or the reasonableness of its conduct.

By contrast, “mere relevance” is insufficient to place work product at issue. And a party does not “rely on” work product if it only uses the work product for impeachment or corroboration purposes.

Baylor admitted that it would rely on PH’s investigation and factual findings, but promised to present its defense through its own representatives but without referencing PH’s actual work. The Court scoffed at this—

What Baylor is proposing is that it be permitted to explicitly rely on the work and advice of Pepper Hamilton, while leaving the Pepper Hamilton “branding” off the work.

The Court saw no feasible way for Baylor’s representatives to testify about “its” investigation and “its” reforms without mentioning PH—because PH conducted the investigation and drafted the reforms that Baylor implemented without revision.

The Court noted that Baylor’s proposal would require its witnesses to “testify in half-truths” and “to pretend” that it conducted its own investigation and drafted its own reforms. In other words, “Baylor is effectively asking its witnesses to lie.”

And because “Baylor cannot separate its investigation and reform efforts” from PH’s, “Baylor’s proposed defensive case explicitly relies on PH’s work product.” This, of course, “supports a finding of waiver.”

The scope of at-issue waiver extends to “everything that has been put at issue.”  And this includes the lawyer’s opinion work product. Here, the plaintiffs may now discover all of the materials on which PH based its opinions and recommendations. This includes PH’s recorded witness interviews, written summaries of interviews, records indicating Baylor’s attempt to influence the findings and recommendations, drafts of findings, emails between PH and Baylor, PowerPoint slide decks, attorneys’ outlines for Baylor meetings, and the search terms PH used to cull the voluminous ESI into a manageable subset.

And About that Answer…

Baylor’s last-ditch effort to avoid waiver by amending its Answer to remove PH references fell completely flat. The Court noted that amending the Answer will not change Baylor’s implicit reliance on PH’s work product. In short, Baylor’s “attempt to amend one of its Answers is a concession, not a clarification, of its position.”

No doubt about that.

I Haven’t Forgotten the Engagement Letter

Putting the waiver issue aside, a lingering question is whether as a threshold matter Baylor truly retained PH to conduct the investigation in anticipation of litigation necessary to invoke the work-product doctrine. As I previewed in this post, Baylor and PH initially entered into an engagement agreement, available here, that did not mention hiring PH regarding potential litigation.

But in an amended engagement agreement entered five months later, available here, PH stated a “shared understanding” that materials prepared during the investigation “are in anticipation of litigation.”  Based on this second agreement and a declaration from Baylor’s GC, in 2017 the court found that Baylor retained PH to conduct an investigation in anticipation of litigation.

Yet, during the 2019 waiver debate, a PH lawyer described, under oath, her and her law partner’s job as follows:

Full testimony available here. The court loudly noted that the lawyer’s testimony “undercuts” the “in anticipation of litigation” statement inserted into PH’s second engagement letter. But, as the plaintiffs did not “re-urge” this question, the Court did not re-visit the issue.

I wonder what he would have ruled.