In what Grub Street dubbed “the most New England crime ever,” a co-owner of a Maine lobster wholesale company allegedly embezzled millions of lobsters by diverting them to his shell company. But when the lobster 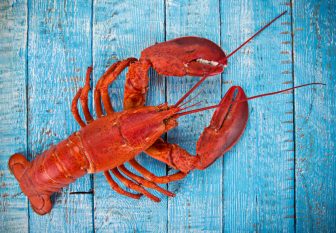 wholesaler sent its lawyer’s emails to the FBI for its investigation, a court found privilege waiver and snatched those emails from the wholesaler’s claws. Sea Salt, LLC v. Bellerose, 2020 WL 2114922 (D. Maine May 4, 2020).  You may read the decision here.

But what about subject-matter waiver for the undisclosed emails on the same topic? Let’s discuss this lobster caper.

Sea Salt, LLC, a lobster wholesaler, discovered that one of its co-owners allegedly diverted the company’s lobsters to his shell company. The shell company allegedly sold a number of the crustaceans for a total of $1.5M, “so,” as Grub Street said, “like 20 lobsters.”

FBI and Motion to Compel

While the magnitude of the disclosure is unclear, Sea Salt at some point sent some of its lawyer’s emails—clearly privileged communications—to the FBI to assist in the FBI’s investigation. In Sea Salt’s civil suit against the former co-owner and an alleged host of co-conspirators, a defendant moved to compel the emails actually disclosed to the FBI, claiming privilege waiver.

Sea Salt’s response was a bit off base. It claimed that FRE 502 permitted the disclosure without a concomitant waiver problem. This rule, it argued, applied because Sea Salt disclosed privileged communications to a federal agency.

The Court found that Sea Salt intentionally disclosed privileged communications to the FBI. As a result, “there is no doubt that [Sea Salt] waived any privilege it might have claimed” to the disclosed emails. And here is the reason:

We often see privilege-waiver findings when companies disclose privileged communications to a law-enforcement agency in an effort to trigger a criminal prosecution. You may read about a similar incident in Court Rejects Joint–Prosecution Privilege Between Company and USAO.

As we know, courts apply a different waiver analysis for the disclosure of work-product material. And here, the Court refused to address this potential difference because Sea Salt provided the Court with no information from which it “could make such an assessment.” In short, it appears Sea Salt failed to develop the work-product issue. Could that have saved production of some or all of the emails?

I Mentioned the Lobster Bisque

But is that the next motion to compel? If so, then FRE 502 would supply the analysis, and the Court would ask whether the undisclosed communications “concern the same subject matter” and, if so, whether “they ought in fairness to be considered together.” Perhaps that is the next claw to drop in this lobster caper.