We know that federal common law recognizes an evidentiary privilege protecting from discovery confidential communications between spouses. The privilege’s purpose, of course, is to promote and foster marital harmony.  But when spouses are also business partners, may they use the marital- 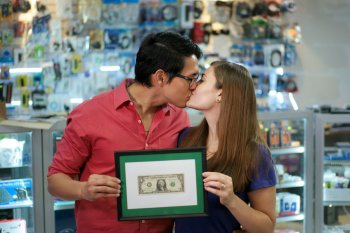 During discovery, Veracities requested all communications between Russell and Myra.  The Strands’ lawyer objected to producing the communications, asserting—

Pursuant to the virtually absolute nature of the marital communications privilege, counsel for the Strands have withheld all communications solely between Mr. and Ms. Strand from the date of their marriage, July 28, 2018, to the present.

Citing proportionality concerns and the privilege’s “virtually absolute nature,” the Strands refused to produce a privilege log, and Veracities moved to compel one.

Federal law recognizes two evidentiary privileges related to spousal communications. The adverse spousal testimony privilege precludes one spouse from testifying adversely against the other, regardless of the source of the knowledge, in a criminal case.

Some exceptions to the privilege exist. The privilege does not protect spousal communications related to a present or future crime in which both spouses are participants.  And some courts will not apply the privilege to statements relating to a crime where a spouse or a spouse’s children is a victim.

But is there a business-communications exception?  Few federal courts have addressed the issue.  The Veracities court surveyed state law on the question and found that some states recognize an exception for communications that relate to “property” or “business transactions.”  The theory behind the exception is that, when spouses communicate about business matters, they do not intend for the communications to remain confidential.

The court agreed with these state-law authorities, and held—

It approved of one commentator’s view that the “exception is just a special application of the doctrine of confidentiality.”  The court cited as examples spouses’ communications about business agreements or business matters transacted by one spouse on behalf of the other. And it noted that usually these statements “relate to facts which are intended later to become publicly known.”

After recognizing this exception, the court ruled that the Strands had to produce a privilege log for each of the 10,000 documents so that Veracities could determine whether the communications fell within the privilege exception.

The Devil is in the Details

What does “other indication of confidentiality” mean?  Should spouses working together in a family business mark all communications “privileged and confidential”? What if an email between spouses about business matters included language such as: “Honey, while this email relates to our business, I only send it because we are married and I trust your judgment. I do not want our other business partners or employees to know about this.”?

So, while a business-communication exception may exist in some jurisdictions, it is reasonable to predict an enhancement of discovery litigation over whether spouses’ business communications contain some indication of confidentiality.

And it will likely start with that 10,000-entry privilege log.