Discussing the corporate attorney–client privilege, the Supreme Court in Upjohn Co. v. U.S., 449 U.S. 383, 395–96 (1981), stressed that “[a] fact is one thing and a communication concerning that fact is an entirely different thing.” A Florida appellate court followed this tenet when ruling that the corporate attorney–client privilege precluded the trial testimony of a company’s in-house litigation 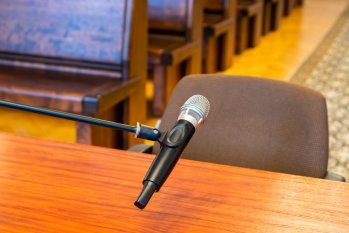 counsel.  The court upheld the privilege because the lawyer’s communications with employees were for purposes of responding to a discrimination charge filed with the state Human Relations Commission.  But what about the facts within the company’s response? Herrera v. Jarden Corp., 334 So. 2d 637 (Fla. Dist. App. Ct. 2022).  Available here. Let’s discuss.

Jarden Corporation, later acquired by Newell Rubbermaid, terminated Odalys Herrera, its former Director of Internal Audits, for the stated reason of revealing the company’s confidential information to a third person to complete audit work for which Herrera was responsible.  As a prerequisite to filing suit, Herrera lodged a discrimination charge with the Florida Commission on Human Relations claiming that Jarden terminated her because of her disabilities.

The Commission wanted Jarden’s response to Herrera’s allegations.  Jarden’s in-house litigation counsel, who did not have personal knowledge of the company’s termination reasons, talked with employees, gathered information, and sent the Commission a position statement describing the company’s reasons for termination.

When trial approached, Herrera’s lawyer sought to call the in-house lawyer as a trial witness. His stated reasons were to ask counsel about her communications with employees.  For example, he wanted to ask the lawyer “why that position statement states what it does,” “what’s in the position statement and why it’s there,” and “where she got the information from, who she spoke to, and who’s telling her this.”

Jarden moved to exclude the lawyer’s entire testimony because the corporate attorney–client privilege protected it from disclosure. The trial court upheld the objection, precluded the lawyer’s testimony, and, after a three-week trial, entered judgment in Jarden’s favor.

Herrera appealed claiming, among other things, that the trial court erred in precluding the in-house lawyer’s trial testimony.

Florida’s attorney–client privilege applies to corporations, of course, and specifically to “communications between employees an in-house general counsel, whether oral, contained in documents or contained in a database.”  The privilege covers employees’ communications where the content relates to the legal services being rendered and falls within the scope of their employment.

The appellate court held that the privilege protected the employees’ communications to the in-house lawyer made for purposes of the lawyer preparing the position statement.  Noting that Herrera wanted to ask the lawyer about employee communications to her—“where she got the information from”—and not the basis for the company’s termination decision, the court ruled that—

There is a distinction between the employees’ discussions with the corporate attorney and the statements contained within the position paper the attorney prepared and submitted to the FCHR.  The former are privileged, just like any client’s conversation with an attorney that leads to the attorney’s preparation of a complaint or other pleading.

One may reasonably ask whether Herrera’s lawyer could have questioned the in-house lawyer about the company’s factual basis for the termination decision as opposed to the employees’ communications to her about that decision.  The court indicated yes—it distinguished a federal case that permitted a plaintiff to ask a corporate representative about the factual bases for statements in its position statement.

But here, the in-house lawyer had no personal information about the termination reasons, and Herrera’s attorney limited the proposed questions to employees’ communications to in-house counsel.  So, due to this distinction, the court “reject[ed] Plaintiff’s assertion that attorneys who draft position statements are subject to cross-examination on them and being called as trial witnesses.”

In other words, a fact is one thing and a communication concerning that fact is an entirely different thing.