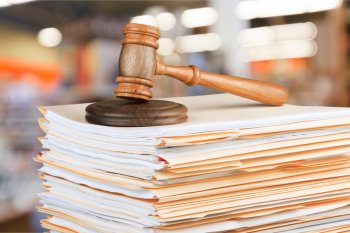 executives that are targets of a law-enforcement agency’s scrutiny.  On the other hand, refusing to share information—including privileged information—may result in harsher penalties for a non-cooperating entity.

The decision to share the results of a privileged investigation may have unintended waiver consequences, as an opinion from the federal court in New Jersey proves. In a FCPA criminal case against a company’s former CEO and CLO, the court ruled that the company’s disclosure of portions of an internal investigation to the SEC and DOJ constituted privilege waiver.  And not just a waiver of the parts actually disclosed to the federal government, but also to undisclosed documents such as interview memoranda, notes, and summaries.  United States v. Coburn, 2022 WL 357217 (D.N.J. Feb. 1, 2022).  You may read the opinion here.

In 2016, Cognizant Technology Solutions launched an internal investigation, later turned over to an outside law firm, following a compliance hotline tip that employees had bribed an Indian government official to secure new facilities in that country.  The Wall Street Journal, in an article available here, reported on this development, including that Cognizant self-reported the investigation and possible FCPA violations to the SEC.

And clearly Cognizant cooperated with the SEC and DOJ.  It disclosed portions of its lawyer-led, privileged investigation, including summaries of 42 detailed interviews of 19 different employees. Cognizant ultimately settled with the SEC for a $25 million civil penalty, with the SEC’s Civil Penalty noting that Cognizant voluntarily provided information from its internal investigation to the Commission.  And it later settled a shareholders’ class action lawsuit for $95 million arising from the same misconduct charges, as Reuters reported here.

An Indictment, a Subpoena, and a Privilege Objection

In 2019, the DOJ indicted the CEO and CLO, alleging that they authorized a $2 million bribe to an Indian government official.  You may read the indictment here, the DOJ’s press release about it here, and the Journal’s reporting on it here.

The court readily found that the attorney–client privilege protected Cognizant’s internal investigation.  After all, the defendant CLO originally led the investigation only to turn it over to outside counsel for completion. The “real issue,” the court noted, was “the scope of any waiver of the privilege.”

Disclosure of communications may waive both attorney–client and work product protections if that disclosure undermines the purpose behind each privilege.

The court quite easily found “significant waiver” because of Cognizant’s disclosure of internal-investigation materials to the government.  First, the court held that Cognizant waived the privilege over documents, including accounts of interviews, disclosed to the DOJ, because—

By disclosing this information to the Government while under threat of prosecution, Cognizant handed these materials to a potential adversary and destroyed any confidentiality they may have had, undermining the purpose of both attorney–client and work product privileges.