When barreling toward trial, I’m sure a defendant would love to know the factual and legal positions its adversary posited in negotiating a settlement with a co-defendant.  I’m equally sure a plaintiff would want to protect those 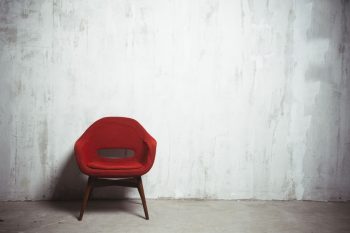 discussions from the light of day. Well, a defendant tried to pierce the settlement-discussion veil in a surgical mesh case but failed even though he overcame attorney–client privilege and Rule 408 objections.

So, You Settled? Tell Me About That

Ms. Garner brought a products-liability action against J&J and its subsidiaries over alleged damages from the implantation of a surgical mesh product. She also sued the physician who recommended and surgically implanted the mesh.

After spending some time in MDL proceedings, the J&J group settled, but Ms. Garner continued her pursuit against the treating doctor. The doctor sent an interrogatory asking Garner to produce settlement communications between her lawyers and the J&J lawyers (or J&J’s insurer). Garner objected.

The court easily decided that the attorney–client privilege did not protect communications between Garner’s attorney and opposing parties.

Garner next argued that FRE 408 protected the communications from discovery. But the Court reminded us that this rule is one of “admissibility and not discoverability.” The rule prohibits the admissibility of “compromise negotiations” “either to prove or disprove the validity or amount of a disputed claim or to impeach by a prior inconsistent statement or a contradiction.” And even this non-admissibility rule has exceptions. In short, the Rule’s plain language “does not prevent a party from discovering evidence relating to settlement offers or statements made during settlement negotiations.”

But that is not the end of the 408 discussion. The Rule’s Advisory Comments state that settlement negotiations are inadmissible because they are irrelevant—a party’s motivation for making a statement in settlement discussions may be a desire for peace rather than the concession of a position. But more importantly, the Court recognized that the Rule “embodies a public policy favoring out-of-court settlement of disputes, in which confidentiality is necessary to promote the free and frank exchange of information and encourag[ing] parties to make concessions.”

The Court did not apply this heightened standard—or even decide if it was the right standard—because it found Garner’s settlement discussions with the J&J parties irrelevant.

The doctor claimed that he needed the discussions to ascertain Garner’s “theories of liability” on which she settled with J&J. But the Court said that Rule 408 prohibits the doctor’s use of discussions at trial for liability purposes. And the Court rejected the doctor’s intended use to impeach Garner with her (assumed) contrary liability positions made during settlement discussions—because Rule 408 prohibits the admissibility of that evidence, too.

After ruling that Garner’s settlement discussions were irrelevant, the court summed up by returning to public policy issues. While Rule 408 is a rule of admissibility and not discoverability, the “policy considerations embodied in Rule 408” dictate that “the settlement discussions sought are an inappropriate means of obtaining this evidence.”

Although the Garner Court did not address a formal settlement privilege and tethered its ruling to Rule 26(b) relevance, its multiple references to public policy favoring confidential settlement discussions is similar to the Sixth Circuit’s reasoning in adopting a formal privilege.

Let’s see how this issue continues to develop. Perhaps the lack of relevance is all one needs to protect settlement discussions.