With apologies to Tiger King, this has to be the best zoo-related story since Good Night, Gorilla. A former employee at–and now plaintiff against–the Louisville Zoo conspired with a human mole inside the Zoo’s 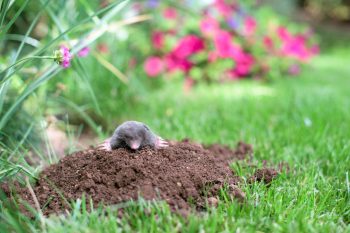 compound to purloin the Zoo’s privileged communications about its litigation strategy.

Rachael Butrum resigned her position at the Louisville Zoo after fewer than three years on the job. She sued the Zoo asserting sexual-harassment, discrimination, retaliation, and a host of other claims. But during otherwise routine discovery, the Zoo smelled a rat.

Butrum sent the Zoo a document request asking for the search results responsive to an email from the Zoo’s lawyer to John Walczak, the Zoo’s director, and others asking them to search Butrum’s Zoo emails. How did Butrum know about the lawyer’s search request—a lucky coincidence, perhaps?

Butrum asked the Zoo to produce minutes from a meeting between the Zoo’s lawyer and Zoo managers, including Director Walczak. The Zoo managers had marked their calendar entries for this meeting as “private.” Wait, this is too coincidental.

Butrum then asked for Director Walczak’s “F drive files under the heading R. Butrum.” These files were not publicly available and neither Butrum nor her lawyer would have reason to know their existence absent a breach. Okay, time to involve the court.

The Court ordered an evidentiary hearing.  And sure enough, Butrum identified the mole as Nancy Davidson, an assistant to Director Walczak and employee in the Zoo’s IT Department.

Had you already guessed that?

Butrum, however, played ostrich and put her head in the sand. She denied any culpability, saying that she never asked the Mole to engage in surreptitious behavior. Rather, the Mole always provided her with information unilaterally and without a request to do so. And Butrum denied that the Mole gave her any documents.

The Court took lenient measures. It barred Butrum from talking with the Mole for the remainder of the lawsuit and to provide the Zoo with the Mole’s communications to her. But it denied the Zoo’s attorneys’ fees request.

“An Abrupt Change in Counsel”

After taking Butrum’s deposition, the Zoo renewed its motion for sanctions, arguing that Butrum lied under oath during the evidentiary hearing about receiving documents and soliciting privileged information from the Mole. The Zoo sought a host of sanctions and the Court set another evidentiary hearing.

But the hearing was delayed “due to an abrupt change in Butrum’s counsel.”

The Court chastised Butrum’s “unacceptable attempt to play word games with the Court and to obfuscate the full extent of her communication with [the Mole] for her own benefit.”

But Butrum wasn’t finished. She criticized the Zoo’s failure to protect the privileged communications from the Mole’s improper use. She argued that Director Walczak waived the attorney–client privilege by allowing the Mole—his assistant—full access to his emails.

The Court sanctioned Butrum, but not as hard as the Zoo wanted. The Court barred Butrum from calling the Mole at trial or using any documentation received from the Mole. And it awarded the Zoo its attorneys’ fees for having to file and prosecute the second sanctions motion. The Zoo is seeking $21,672.95 in legal fees for this work.

But the Court did not impose the ultimate sanction of dismissal, and it did not give the Zoo its fees associated with evaluating the extent to which Butrum improperly obtained the Zoo’s privileged communications.

The reason? Because the Court based its sanctions on Butrum’s false testimony and not on her receipt of privileged communications.