In the setting of closely held corporations, it is common for officers, directors, and shareholders to treat each other as one big happy family. And while that may be true in some respects, it clearly is not in the privilege context. Want 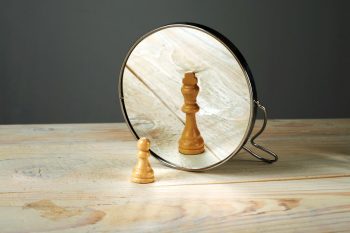 proof? The North Carolina Supreme Court rejected a corporation’s claim that the privilege covers its lawyer’s communications with the agent of its sole shareholder. And neither the functional-equivalent doctrine nor the Kovel doctrine could save the privilege. Global Textile Alliance, Inc. v. TDI Worldwide, LLC, 2020 WL 4730897 (N.C. Aug. 14, 2020).  You may read the opinion here.

Global Textile Alliance, Inc. is a manufacturer of bedding and upholstery fabrics in Reidsville, N.C., just 30 minutes up the road from Greensboro. Luc Tack, a member of the all-name team, is its sole shareholder.  Tack’s longtime friend and advisor, Stefaan Haspeslagh, served as somewhat of an intermediary between Tack, who resided in Belgium, and GTA.

Tack, as stated in his affidavit, knew that Haspeslagh would hold his conversations in the “strictest confidence,” and routinely asked him to serve as his agent when interacting with GTA’s Board of Directors. Haspeslagh met with the GTA Board and reviewed GTA financial information, all as Tack’s substitute. In other words, Haspeslagh was Tack’s right-hand man. But was he a Hamilton?

In a lawsuit GTA filed in the N.C. Business Court, the defendants asked GTA—not Tack—to identify Haspeslagh as a custodian who would produce relevant information. GTA refused, and its CEO and Tack testified that Haspeslagh was Tack’s agent, not GTA’s agent. But GTA later identified Haspeslagh’s communications with GTA counsel on its privilege log.

The defendants raised eyebrows, and one of them moved to compel.

GTA admitted, as it had to do, that Haspeslagh was not its agent, but it advanced a novel theory: GTA and Tack are the same entity for privilege purposes. GTA essentially argued that Tack, its sole shareholder, was its alter ego and, therefore, the privilege protects communications between GTA’s counsel and the agent of its alter ego. The question, then, was “whether communications with someone who is an agent of the sole shareholder, but not of the corporation, fall under the corporation’s attorney-client privilege.”

GTA first presented this novel privilege issue to a Special Discovery Master and she rejected GTA’s privilege claim. The Business Court approved that decision, ultimately sending the matter to the N.C. Supreme Court.

The Supreme Court rejected this alter-ego privilege theory because that concept ignores North Carolina corporate law. This law recognizes that a corporate entity is completely distinct from its shareholders. And this is true even if the shareholder/owner is a single individual. The Court correctly observed that this rule “ensures that a shareholder who forms a corporation ‘to secure its advantages’ cannot ‘disregard the existence of the corporate entity’ to avoid its disadvantages.”

So, in sum, Haspeslagh was the sole shareholder’s agent and not the entity’s agent, and the alter ego theory is not a privilege theory.

So, GTA pivoted to the functional-equivalent doctrine. This doctrine generally applies the attorney–client privilege to communications between a company’s lawyer and a third-party agent whose duties render him the functional equivalent of a company employee. You may read more about that doctrine here.

Tennessee recently adopted this privilege doctrine, but its Mother State has never decided whether to follow suit. And it would not do so here. The Court recognized that, “under the functional-equivalent test, an individual is the functional equivalent of a company’s employee when his communications with counsel fell within the scope of his duties for the company.”  But the Court did not need to decide the doctrine’s scope because this “specialized application does not apply because Haspeslagh lacks any sort of agency relationship with GTA and thus cannot have ‘duties’ at GTA.”

So, GTA pivoted to the Kovel doctrine. This doctrine, explored in detail in Deck the Halls with Boughs of Kovel, generally holds that a third party may participate in lawyer–client communications without waiver if the third party is necessary to facilitate the rendering of legal advice. North Carolina has not decided whether to adopt this privilege-extending doctrine.

And it would not do so for GTA. The Court noted that GTA did not argue that Haspeslagh’s service as a substitute for Tack was necessary to facilitate communications between GTA and its counsel. Rather, following the Hamilton right-hand-man theory, it argued that Haspeslagh’s presence was useful for Tack to communicate with GTA attorneys. And because Tack is not GTA, but only the sole shareholder, the Kovel doctrine, even if adopted, would fail.

While I understand courts’ reluctance to adopt new doctrines if there is no need to so do, I am sure that many litigants and lawyers want to know whether North Carolina privilege law includes the Kovel and functional-equivalent privilege doctrines. State appellate courts typically have few opportunities to address privilege issues as most privilege disputes terminate at the trial-court level.  From an outsider’s point of view, this was an excellent opportunity missed.

As for the alter-ego privilege theory, consider that concept in situations where a parent entity is the sole shareholder of its subsidiary entity. If the parent’s lawyer communicates with the subsidiary’s third-party agent to provide legal advice to the parent, does the GTA decision foreclose privilege protection under those circumstances?