As a dejected young lawyer returning from an unsuccessful motion hearing, a senior partner consoled me by saying that he once lost “a motion to set against a pro se plaintiff.” And while that story lifted my spirits, I doubted its veracity. You may similarly doubt that Dartmouth College could lose a complex privilege dispute against a pro se plaintiff, but it certainly did and the result should serve as a lesson to the rest of us.

In a case filed by an expelled student, the New Hampshire federal court held that Dartmouth’s privilege designations exceeded the privilege’s “intended purpose.” And the court rejected multiple privilege claims over 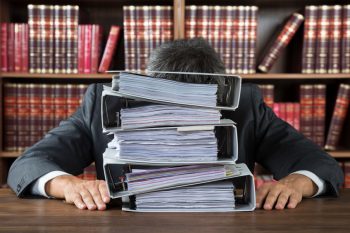 emails copied or forwarded to Dartmouth’s in-house counsel. The reason? Failure to prove that the email communications contained a legal-advice component. Anderson v. Trustees of Dartmouth College, 2020 WL 5031910 (D.N.H. Aug. 25, 2020). You may read the opinion here.

A male Dartmouth student was arrested and found guilty for violating a restraining order that a non-Dartmouth female student obtained against him. Following a disciplinary hearing, Dartmouth expelled the student. The student pursued an unsuccessful administrative appeal and then filed a pro se federal-court lawsuit essentially claiming that Dartmouth violated its own disciplinary policies and procedures in deciding to expel him from campus. You may read the complaint here.

Not receiving the wealth of internal communications that he expected in discovery, the student filed a motion to compel and astutely asked the federal judge to conduct an in camera review of communications over which Dartmouth claimed privilege. Many of these withheld emails involved its in-house counsel. Some involved him directly while others arrived in his inbox from other Dartmouth employees cc’ing him or forwarding emails to him. The court accepted the in camera request and found many of Dartmouth’s privilege claims lacking.

While noting that the privilege encourages free and full discussions between an entity’s employees and counsel, the court also recognized that the privilege “stands as an obstacle of sorts to the search for truth.” The court would therefore “narrowly construe” the privilege to protect only communications “made for the purpose of seeking or receiving legal advice.”

As part of its narrow construction, the court warned that, for in-house counsel, “the invocation of the attorney–client privilege may be questionable in many instances.” This questioning mindset arises because courts understand that “an in-house lawyer may wear several hats,” meaning business versus legal hats, and these “distinctions are often hard to draw.”

As an initial matter, the court found that Dartmouth’s privilege claims over hundreds of emails exceeded the privilege’s “intended purpose.”  Dartmouth withheld entire email threads, some of which were external emails, simply because the thread contained a putatively privileged email. The court, clearly perplexed, asked why Dartmouth did not produce the email threads with the putatively privileged portions redacted. The “applicable law is straightforward,” the court noted, repeating it as follows:

Dartmouth provided no reason why it did not redact the obviously nonprivileged portions of the email threads, and the court ordered it to do so.

Forwarding to or Copying In-House Counsel

The nondisclosure of these email threads had other problems. Dartmouth claimed privilege over entire email threads simply because it forwarded those threads—many of which included emails with the student—to its in-house lawyer.  In other instances, Dartmouth employees communicating internally copied the in-house lawyer and other, non-lawyer employees. The forwarding or copying came with little explanation other than “FYI” or “see below.” And while some of the forwarding and copying invited feedback, the employees sent those requests to lawyers and nonlawyers.

The court found that these emails “do not facially establish that legal advice was sought.” So, did Dartmouth prove the privilege’s legal-advice component?

Dartmouth made an ipse dixit argument even though that has failed other in-house lawyers. The College argued in its brief that it “expected” its in-house lawyers to review and comment on all emails on which they were copied.  In fact, this was an established practice in the legal department.

Given the number of emails that in-house lawyers receive daily, that is a rather significant expectation and practice. But whether significant or insignificant, no Dartmouth lawyer—or anyone else—submitted a declaration proving that the in-house lawyer received those emails, whether copied or as a forwarding recipient, so he could provide the College with legal advice.

The court found Dartmouth’s ipse dixit argument “patently insufficient.” It took notice that the school failed “to provide any sort of affidavit or declaration from an individual with personal knowledge of that practice, or any other evidence that might establish that practice.”

As the court noted, the “presence of counsel’s name on a communication does not render that communication privileged.”  Parties must prove that the in-house lawyer was acting in his capacity as a legal advisor. And “merely saying that he was so acting in a memorandum of law is patently insufficient to meet the burden.”

When a dejected young lawyer returns from the courthouse and informs you that she lost a motion, you can tell her not to worry—Dartmouth once lost a privilege dispute with a pro se plaintiff.  And if you have extra time for mentoring, explain that courts narrowly construe the privilege in general but particularly when the communication involves in-house counsel. Tell her to make privilege calls governed by this standard, not to over-designate, and be ready to prove—by a sworn declaration from the in-house lawyer—the basis for the privilege decision.

And that these maxims apply whether your adversary has competent counsel or no counsel at all.

2020-09-22
Previous Post: No Privilege for Lawyer’s Communications with Agent of Company’s Alter Ego
Next Post: Wait, What was That? Lack of Objection and Late (?) Claw-back Demand Waives Privilege in Virtual Deposition