When the questioning lawyer used a privileged document in a virtual deposition, the defending lawyer—due to the document’s unclear display—failed to recognize it and lodge an objection. The court found the lawyer had waived 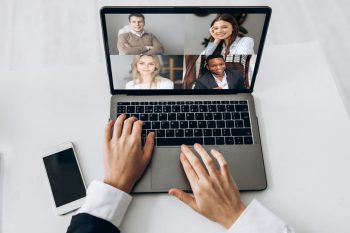 Use of a Privileged Document

The Orthopaedic Institute for Children filed a patent-infringement lawsuit against DJO Global over its patents for polyethylene implants for children. The parties entered a Protective Order, available here, that governed the inadvertent production of privileged material:

When a Producing Party gives notice to Receiving Parties that certain inadvertently produced material is subject to a claim of privilege or other protection, the obligations of the Receiving Parties are those set forth in Federal Rule of Civil Procedure 26(b)(5)(B).

The protective order forecasted that the parties may enter a FRE 502(d) order in the future, but apparently they never did.

DJO Global produced an 88-page agreement during discovery but attached to the agreement was a legal-opinion letter from DJO Global’s patent counsel. In this “freedom to operate letter,” the lawyer opined that Orthopaedic’s patent application was invalid and DJO Global could pursue its product development.

At the FRCP 30(b)(6) deposition of DJO Global’s R&D vice president, Orthopaedic’s counsel pulled out the agreement—with the privileged letter attached—and asked questions about it. The testimony went something like this—

Q.   This [legal-opinion] letter is addressed to Aaron Bailey, who’s the director of new product development at DJO, right?

Q.   Is Mr. Bailey typically the person who works on getting freedom to operate opinions, or does that usually go through John Vinciguerra?

A.   It wasn’t abnormal for Aaron or John or someone in an R&D capacity to communicate with [the lawyer].

Q.   In this letter, [the lawyer] concluded that Dr. Frankle’s patents likely would not issue; correct?

DJO Global’s counsel did not object during this colloquy because, as he later explained, the privileged opinion letter was attached to another document and he “could not tell from the remote display … whether the [letter] had been intentionally produced.” Orthopaedic’s counsel showed the letter at the end of a “lengthy, remote deposition where documents are displayed remotely and not always clearly.”

Citing privilege waiver, Orthopaedic’s lawyer sent a letter immediately after the deposition demanding production of all information related to patent opinions. Although not objecting at the deposition, DJO Global’s counsel responded with a claw-back letter the same day.  He invoked the protective order’s claw-back provision and demanded the opinion letter’s return and a destruction of all copies. Orthopaedic refused, and the court faced a privilege-waiver decision.

Under FRE 502(b), the court evaluated whether DJO Global counsel’s failure to object at the virtual deposition meant that he neglected to “promptly take reasonable steps to rectify” the inadvertent production of the opinion letter. DJO Global argued that the virtual-deposition format did not allow him to clearly see the privileged document during the deposition and that he sent a claw-back letter the same day.

The court cited cases holding that the failure to “immediately object” to the use of an inadvertently disclosed privileged document at a deposition automatically waives the privilege. But it refused to apply this “bright-line rule.”

The court nevertheless ruled that DJO Global waived the privilege because DJO Global’s counsel did not object at the deposition and did not send the claw-back letter until after receiving the post-deposition document demand from Orthopaedic’s counsel. As for the blurry view of the privileged document, the court said this—

Although the Court recognizes the technical barriers inherent in a remote deposition, whether or not the remote display of the document was clear, the coinciding testimony regarding the [opinion] letter was unmistakably about an attorney–client communication.

Tough outcome here—one where the defending lawyer sent a claw-back demand on the same day that his adversary used a privileged document in a deposition. And while the court eschewed a bright-line waiver rule, permitting the questioning lawyer to use the privileged document was nevertheless fatal.

The parties contemplated entry of a 502(d) order but never entered one.  But would it have helped defense counsel? Unlikely because there is a difference between (1) seeking return of an inadvertently disclosed privileged document after disclosure and (2) seeking return after allowing one’s adversary to use the privileged material in a deposition or motion practice without objection. For more on this topic, see Court Rules that Party Waived Privilege Despite a 502(d) Order.

These courts tell us that it is the use, not the disclosure, that is fatal. This rule applies in live depositions—and now virtual ones.