Court Rules that Party Waived Privilege Despite a 502(d) Order

The USDC for the EDNY ruled that a party cannot “claw back” privileged documents, disclosed without a privilege review, because it failed to properly object when opposing counsel questioned a deponent about them.  This waiver 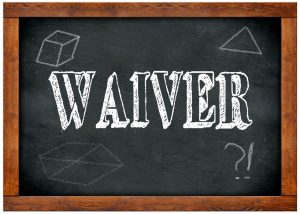 ruling came despite the party having previously secured a FRE 502(d) protective order providing that the party does not waive any privilege claim by disclosing information later identified as privileged.  Certain Underwriters at Lloyd’s, London v. Nat’l R.R. Passenger Corp., 2016 WL 6875968 (E.D.N.Y. Nov. 17, 2016).  You may read the decision here.

Fed. R. Evid. 502(d) permits federal courts to enter an order precluding privilege waiver “by disclosure connected with the litigation pending before the court.”  The Advisory Committee’s notes explain that the rule allows “parties to conduct and respond to discovery expeditiously, without the need for exhaustive pre-production privilege reviews.”  The rule is not a selective-waiver doctrine, and does not alter common-law privilege waiver “resulting from having acquiesced in the use of otherwise privileged information.”

U.S. Magistrate Judge Andrew Peck of the SDNY has a succinct sample 502(d) order that you may review here.

In Certain Underwriters, the court entered a 502(d) protective order, which you may review here, providing that the parties do not waive privilege by disclosing information that is later identified as privileged.  The non-waiver provision’s purpose was to “streamline and expedite” the initial document production without taking a document-by-document review or a privilege review of any kind.

The defendant, Amtrak, produced thousands of documents under this order.  At a subsequent deposition of an Amtrak employee, plaintiff’s counsel pulled two of these documents and questioned the deponent about them.  Amtrak noted one document contained a “work product” designation and “reserved its rights” to object.

For the second, Amtrak did not make a privilege objection but refused to permit the deponent to answer questions about communications with an in-house lawyer mentioned in the document. The next day, Amtrak sent a letter asserting privilege over and “clawing back” both documents under the 502(d) order.

In response to plaintiff’s motion to compel, the court held that its 502(d) order may prevent privilege waiver where a party discloses privileged information, but the subsequent use of that information during a deposition can waive the privilege.  The court specifically found that Amtrak waived the privilege for the two documents “by failing to seek to preclude their introduction and use at the [employee] deposition.”

This case highlights the very real difference between simply disclosing privileged information under a 502(d) protective order and allowing the ultimate use of that privileged information.  One could try to incorporate non-waiver language in the 502(d) order for inadvertent use of privilege information, but that likely draws an objection and is arguably outside 502(d)’s scope—which mentions only “disclosure.”

The ultimate lesson, then, is that lawyers cannot rely on 502(d) orders to support a non-waiver argument if they permit the document’s use at a deposition or in motion practice.  Lawyers must remain diligent to object to their use and seek further court protection before continuing with any deposition or motion hearing.