When does the corporate attorney–client privilege apply, if at all, to communications between the company’s lawyers and its third-party consultants and advisors? Readers of this blog know that many courts recognize a 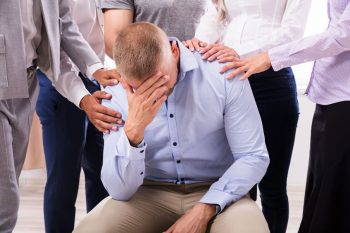 functional-equivalent-of-employee doctrine, with some winning the argument and others not so much, and others do not.  But the test or factors courts use to evaluate whether the privilege applies to nonemployee consultants varies from the broad to the specific.

The Ninth Circuit recognized the “functional employee” test in oft-cited United States v. Graf, 610 F.3d 1148 (CA9 2010), but did not outline factors lower courts should consider in applying the privilege test. Now a CA9 district court has supplied the “dispositive question” but still rejected the privilege for a consultant who spent hundreds of hours learning the company’s business and was a “direct conduit” for information that led to the litigation. Digital Monitor, Inc. v. Ovivo USA, LLC, 2020 WL 550746 (W.D. Wash. Feb. 4, 2020). You may read the decision here.

DMI lawyers and Ovivo’s lawyers, led by Gretchen Miller (a lawyer who, trust me, knows privilege law), then had this exchange:

We also question your claim of privilege relating to Mr. Chastain. As we understand it, Mr. Chastain is not an owner, director, officer or employee of DMI. Under what basis do you believe that his communications are entitled to attorney client privilege? To the extent you are relying upon caselaw, we’d appreciate receiving that as well.

Bill Chastain’s communications would be privileged as he was a functional equivalent of an employee of Digital Mentor pursuant to Ninth Circuit case, U.S. v. Graf (2010) 610 F. 3d 1148 (holding that a company’s attorney-client privilege encompasses attorney communications with outside consultants who are “functional employees”).

And there it is: U.S. v. Graf.  But how does one apply the functional-employee doctrine?

Like DMI’s counsel, the district court noted that the Graf court adopted a functional-employee doctrine. This concept protects communications between a company’s lawyers and third parties who for practical purposes are the functional equivalent of an employee.  But the court also noted that Graf “did not set out a ‘functional employee’ test, nor did it list factors to consider in performing the analysis.”

The court, citing a ND Cal. case, adopted this “dispositive question” to govern whether a third-party consultant qualifies as a functional employee:

If the answer is yes, then “the consultant is in all respects the functional equivalent of an employee and communications between corporate counsel and the consultant may be covered under attorney–client privilege.”

So, did Bill Chastain meet this test? He submitted two lengthy declarations, available here and here, in support of an unsuccessful TRO that explained his role in detail. He was not an employee or paid consultant, but he worked hundreds of hours with DMI founders. In fact, he signed an NDA and worked on DMI’s behalf regarding DMI’s relationship with Ovivo.

The court found this proof insufficient because it lacked any tie to DMI’s lawyers. DMI produced no documentation about Chastain’s duties regarding DMI’s lawyers or that he had specialized knowledge upon which DMI’s lawyers would rely to render legal advice to the company. And it appeared that communications between Chastain and DMI lawyers were business, not legal, related.

So, despite all of his (unpaid) work for DMI, including communicating with Ovivo about matters that led to this litigation, the court ruled that he was not a functional employee and ordered production of his communications with DMI counsel.

What if Case was in State Court?

DMI lost this privilege argument because it failed to connect its consultant’s work with the legal advice that DMI’s lawyers provided to the company. Relying on two, existing TRO declarations was insufficient. Would a third declaration, perhaps from a DMI lawyer, have satisfied the dispositive question?

But, interestingly (at least to me), DMI would not even have this argument if it were in Washington state court. A Washington appellate court, in a 2–1 decision, rejected the functional-employee doctrine and found no privilege protection for communications between a hospital’s lawyer and its non-employee physician agent.

That decision is on appeal with the Washington Supreme Court, which held oral argument on June 11, 2020. Will the court adopt the functional-employee doctrine? And if so, will it tell us its “dispositive question” in applying it?