While there is no federal common-law peer-review privilege, each state has adopted a privilege with varying standards and protections. But a question relevant to all jurisdictions is whether, in a medical-malpractice case, the 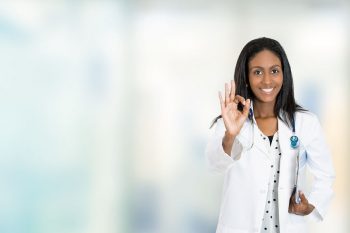 peer-review privilege protects from discovery a physician’s credentialing or training records. A Florida court upheld the privilege even though the plaintiff specifically alleged that the hospital was negligent in the credentialing process. Tarpon Springs Hosp. Found., Inc. v. White, 286 So. 3d 879 (Fla. Ct. App. 2019). You may read the decision here.

Donna White sued Tarpon Hospital Springs Foundation and one of its internal-medicine physicians for medical malpractice following her husband’s death. One of the allegations was that the hospital’s negligent credentialing process allowed the internist to treat Mr. White. And it was this treatment that led to the adverse medical incident.

In discovery, she asked the hospital to produce records showing “each and every time” the internist “became board eligible by the American Board of Internal Medicine.” The hospital claimed that the peer-review privilege protected this training or credentialing information from disclosure. The trial court disagreed and ordered production.

One of Florida’s medical peer-review protections, Section 395.0191(8), precludes discovery, in a medical-malpractice case, a hospital governing board’s “investigations, proceedings, and records” used when considering a physician’s staff privileges. The privilege’s purpose is to “provide that degree of confidentiality necessary for the full, frank medical peer evaluation which the legislature sought to encourage.”

The privilege applies to “any document considered by the committee or board as part of its decision-making process.”  But importantly, the privilege does not prevent the discovery of documents from original sources.

A 2004 amendment to Florida’s constitution imposed limits on the peer-review privilege’s reach. Article X, § 25(a) permits patient access to “any records made or received in the course of business by a healthcare facility or provider.” These records, however, must relate to an “adverse medical incident.”

Ms. White, of course, argued that a patient’s right to access medical records trumps the peer-review privilege over credentialing considerations. The question, then, was whether the hospital’s credentialing records of the allegedly at-fault internist related to an adverse medical event.

And Ms. White had a plausible argument that it did—her negligent credentialing claim.

No Privilege but a Remedy

The court rejected Ms. White’s argument. The discovery request clearly fell within the peer-review privilege because it required disclosure of documents the hospital considered in its “hiring and credentialing” of the internist. And her negligent-credentialing claim did not overcome the privilege because the credentialing issue did not pertain to a specific adverse medial event.

Peer-review documents relate to an adverse medical incident when they “relate to a specific incident involving a specific patient that caused or could have caused injury to or death of that patient.” And here, the internist’s credentialing—or even training—records did not relate to the specific event of her husband’s death.

So, the privilege protected the hospital’s records from discovery. But Ms. White has a potential remedy. The credentialing records that the hospital reviewed came from outside sources. And while this fact alone does not obviate the privilege, Ms. White is free to “acquire the desired documents from sources other than the hospital board.”