The receipt of an adversary’s privileged communications often presents a dicey situation that could lead to disqualification. In a sexual-harassment case, an EEOC trial attorney subpoenaed a country club’s former employee who showed up with her text messages from the country club’s general counsel. The EEOC lawyer gave the texts a 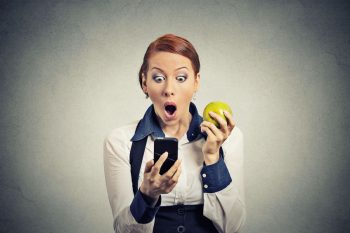 “quick review” and continued with the deposition. Did that review warrant disqualification?

A court said no, because the country club failed to prove that the text messages were “obviously privileged” to require EEOC counsel to do anything more.  EEOC v. Bay Club Fairbanks Ranch, LLC, 2020 WL 4201685 (July 21, 2020).  There are lessons here. Let’s identify them.

Harassment Claims and a GC’s Investigation

The EEOC brought sexual-harassment and hostile-work-environment claims against Bay Club Fairbanks Ranch, including claims that Bay Club managers allegedly offered several female employees favorable work conditions in exchange for sexual relations. Bay Club’s general counsel conducted an investigation upon which the Club relied as a potential defense to the harassment claims. In fact, the court earlier disqualified the GC from participating as trial counsel because of his potential role as a witness. You may read that disqualifying order here.

The GC also provided Bay Club with legal advice arising from his investigation. And the investigation included the GC’s text messages with former employee Donna Gonser.

EEOC Subpoena and a “Broken Record”

The EEOC subpoenaed Gonser for a deposition and requested “letters, notes, text messages, and electronic mail” sent to or received from the country club’s GC. Gonser, along with her personal attorney, appeared with a string of her text messages with the GC.

When the EEOC attorney asked Gonser to give her the texts, the country club’s trial counsel objected on privilege grounds at least three times, prompting the EEOC attorney to remark that he sounded “like a broken record.” You may read the entire production-objection exchange here.

The EEOC lawyer conducted a “quick review” of the text messages and made copies. Then, after taking a break and re-evaluating, cut a deal with defense counsel. The deal required the EEOC to maintain the text messages in a sealed envelope while defense counsel reviewed and decided whether to continue his privilege assertions. If so, they would take the issue to the court.

And, of course, they took it to the court.  The judge reviewed the text messages in camera and ruled that they were nondiscoverable because they were not part of the GC’s investigation. You may read the judge’s ruling, where he imposed sanctions for other reasons, here.

The country club then moved to disqualify the EEOC trial attorney because she read the putatively privileged text messages. And this motion required a balancing of an attorney’s ethical obligations with the prejudice that flows for disqualifying an attorney.

The court explained that lawyers “are held to a reasonable standard of professional conduct when confidential or privileged materials are inadvertently disclosed.” When an attorney receives documents that “obviously appear to be subject to an attorney–client privilege,” she “should refrain from examining the materials any more than is necessary to ascertain if the materials are privileged.”

ATTORNEY-CLIENT COMMUNICATION/ATTORNEY WORK PRODUCT, DO NOT CIRCULATE OR DUPLICATE

The country club conceded that the GC’s text messages did not include these or similar labels but argued that the GC’s participation alone rendered the texts “obviously privileged.” The court disagreed, finding these facts more persuasive:

When does a receiving attorney’s review go too far? The court held that an attorney fails to refrain from reviewing putatively privileged documents “further than absolutely necessary to discover privilege” when the review continues after “confidentiality becomes apparent.”

Here, the court found appropriate the EEOC lawyer’s handling of the issue. There was no proof that she did anything other than “quickly review” the text messages, as explained in her declaration. And, during a deposition break, she agreed to seal the texts until the judge could rule on their privileged status.