Law Firm DQ’d for Use of Inadvertently Disclosed Privileged Email

In a 2–1 decision, a California appellate court upheld a trial court’s disqualification of a law firm after one of its lawyers decided not to return 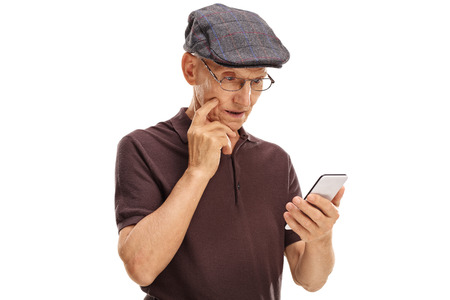 an adversary’s privileged email and to use it offensively before obtaining a court order allowing him to do so.  The court issued the ruling even though the lawyer received the privileged email from his client—not opposing counsel—and it facially appeared that the opposing party had waived the privilege by forwarding to a third-party.  McDermott Will & Emery LLP v. Superior Court, 217 Cal. Rptr. 3d 47 (Ct. App. 2017).  You may read this lengthy—but instructive—opinion here.

Lawyer Blaskey sent his client Dick Hausman a lengthy email providing legal advice for resolving the dispute.  Mr. Hausman accidentally forwarded the Blaskey email from his iPhone to Ninetta Herbert—his sister-in-law who had no involvement in the family dispute.  Ninetta 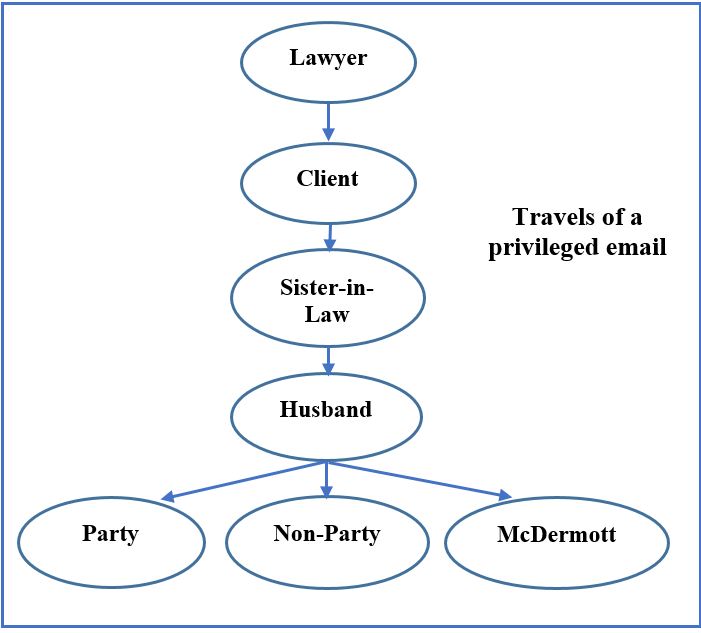 Use of the Privileged Email

Mr. Hausman’s lawyer claimed that the Blaskey email remained privileged because Mr. Hausman inadvertently sent it to Ninetta and did not authorize further distribution.  She demanded that Gibson Dunn return the email and cease using it in the litigation.

California—like most states—maintains an ethical rule about a lawyer’s obligations upon receiving another party’s privileged materials.  In short, when a lawyer receives a document that obviously appears to be privileged and where it is reasonably apparent that the materials were inadvertently provided, she must refrain from using the putatively privileged materials until obtaining a court order that the privilege does not apply.

In California, this is the State Fund rule, State Comp. Ins. Fund v. WPS, Inc., 82 Cal. Rptr. 2d 799 (Ct. App. 1990), which is “fundamentally based on the sanctity of the attorney–client privilege and is designed to safeguard the confidential relationship between clients and their attorneys.”

Wait, What about Waiver?

Gibson Dunn argued two reasons why the State Fund inadvertent-disclosure rule did not apply.  First, it argued that the rule applies only when an opposing party’s lawyer inadvertently produces a privileged document in discovery.  The court rejected this limitation, ruling that a lawyer’s ethical obligations apply “to documents the attorney receives from the attorney’s client”—not just from opposing counsel.

Second, Gibson Dunn argued that the privilege did not cover Mr. Hausman’s email because he waived the privilege by forwarding it to Ninetta and, therefore, it had no duty to return the putatively privileged email.  While the court ultimately rejected the waiver argument—because Mr. Hausman, an 80 year-old using an iPhone, accidentally forwarded it—this is not the point.

Disqualification is not an automatic remedy for violating the inadvertent-disclosure rule; rather, a court must determine that the use of a privileged email would affect the litigation’s outcome and undermine the public’s trust in the administration of justice.

Here, the trial court found that Gibson Dunn’s use of the privileged email would adversely affect the litigation and undermine the judicial system, and the appellate court found insufficient evidence to overturn that determination.

So, think about this: the use of an attorney’s email to his client—one the client forwarded to a third-party and was otherwise widely distributed—resulted in the law firm’s disqualification.

APPEAL NOTICE.  On May 19, 2017, the McDermott firm filed a petition for review with the California Supreme Court.  And this issue may warrant review. The dissent in the 2-1 appellate decision stated that the majority’s ruling represented “an unwarranted extension” of the inadvertent-disclosure rule.

Whether the California Supreme Court takes the case–and, if so, its decision–is worthy of following by all litigators.