In an employment-discrimination case, the SDNY ruled that the attorney–client privilege precluded depositions of a company’s Termination Review Committee members, which included an in-house lawyer.  The privilege applied even 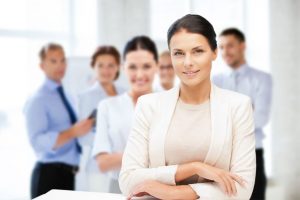 ABM Building Value maintains a committee—ominously named the “Termination Review Committee”—that evaluates managers’ employee-termination decisions before the company carries out a termination. Following its review, the TRC, composed of one in-house lawyer and two non-lawyers, provides the company with advice concerning any risks associated with the termination.

Chrise Fletcher sued ABM asserting a potpourri of discrimination and hostile-work environment claims following her firing.  The TRC reviewed the company’s decision prior to effecting the discharge, and Fletcher sought to depose each member—including the in-house lawyer.

In response to Fletcher’s motion to compel the TRC members’ depositions, ABM’s Employee Relations Director, a TRC member, submitted a declaration stating in a conclusory manner that the TRC reviews termination decisions “in an attorney privileged manner” and “provides attorney-client privileged advice concerning any risks associated with the termination.”  You may read the declaration here.

The declaration, however, did not persuade the court.  It found the declaration “insufficient to establish that the TRC’s role was primarily legal.”  And the court expressed concern that the TRC, ostensibly created to provide legal advice, contained two non-lawyers.  The court therefore permitted Fletcher to depose the TRC’s in-house counsel member, but limited the deposition to “ascertaining whether the privilege applies.”  You may read the court’s order here.

The court’s concern, of course, was that the TRC was providing business—not legal—advice regarding the termination.

Second Time is the Charm

While ABM had to put up its in-house attorney for a limited deposition, it succeeded in securing privilege protection.  The court noted the legal standard—the corporate attorney–client privilege covers communications between employees and in-house counsel “as long as counsel is communicating legal rather than business advice.”  And the central point in this inquiry is whether the communication’s “predominant purpose” is “to render or solicit legal advice.”

The in-house attorney’s deposition testimony, available for review here, met this standard. The lawyer stated that the committee’s purpose is to allow her—and her alone—to “do an analysis of the decision to terminate and communicate those risks to the decision maker.”  The court found that “such advice is clearly legal and privileged.”

What about the presence of the two non-lawyers? The in-house lawyer testified that the non-lawyers’ role was to provide her with information she needed to conduct the legal analysis.  And because the non-lawyers were in an information-supplying role—and not an advice-giving role—the court found their presence and participation did not vitiate the privilege.

The case teaches that the privilege may apply even where non-lawyers participate—at an information-gathering level—in a legal review of a termination decision.  In other words, including non-lawyers on what really was a “legal review” committee does not transform the committee’s legal advice into business advice.

But note the limitations.  ABM’s “committee” was simply a single in-house lawyer conducting a legal review following receipt of information from non-lawyer committee members.  Had the non-lawyers participated in an advice-giving role rather than an information-reviewing role, the court’s ruling may have turned out much differently.

We will never know.  Based on the in-house lawyer’s good, well-prepared testimony, ABM survived this privilege challenge after receiving a second opportunity to do so.