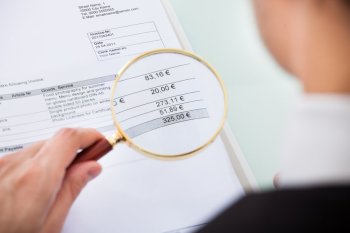 courts employ.  And in An Examination of the Bank-Examination Privilege (III): Putting it All Together, I discuss a case that puts all these issues together so that we see how the privilege works.

An important, threshold question in a dispute over the production of bank-examination materials is whether federal or state privilege law supplies the rule of decision. While few courts have addressed this issue with respect to the bank-examination privilege, courts provide guidance through their rulings on application of other evidentiary privileges.

Federal Rule of Evidence 501 dictates that, in cases based on federal-question jurisdiction, the federal common-law bank-examination privilege governs the discovery of bank-examination materials whether created by a federal or state banking regulatory agency.  In diversity cases, however, federal courts apply the privilege dictated by the conflict-of-privilege-laws rules of the home state. So, in a diversity case, a state bank-examination privilege—assuming there is one—governs whether a federal regulatory agency must produce bank-examination materials. For examples of this application, check out the rulings in First-Citizens Bank & Tr. Co. v. SJ Pharm., LLC, No. 1:16-CV-00706-ELR, 2016 WL 9383313 (N.D. Ga. Dec. 21, 2016) and United States ex rel. Fisher v. Ocwen Loan Servicing, LLC, 2016 WL 3172774 (E.D. Tex. June 7, 2016).

If it feels odd that a state bank-examination privilege could at any time govern whether a federal banking regulatory agency must disclose bank-examination materials, you are not alone.  For some further discussion, and perhaps commiseration, see Eric Epstein’s educational article, Why the Bank Examination Privilege Doesn’t Work as Intended, 35 Yale J. Regulation Bulletin 17 (2017).

Regulatory agencies, however, have formalized processes for those who seek their information. The question arises whether a party seeking bank-examination materials must first exhaust its administrative remedies before seeking the materials through court process or civil-procedure 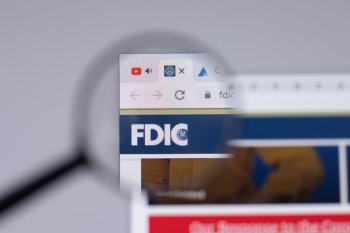 discovery rules.  In other words, must a party first follow the agency’s procedures, referred to as Touhy regulations, for requesting the information and then take the issue to court if the agency declines production?  Or may a litigation party subpoena the documents directly from the agency?

Courts around the country are split on this issue.  Some require the party to exhaust administrative remedies before asking the court to intervene in any dispute.  For a good example, read Judge Scheindlin’s opinion in Wultz v. Bank of China, Ltd, F. Supp. 3d 272 (S.D.N.Y. 2013), which I discussed in this post.  Other courts, led by the Sixth Circuit, hold that federal discovery rules trump the administrative regulations, and regulatory agencies should answer the subpoena through production or objection. In re Bankers Trust Co., 61 F.3d 465 (6th Cir. 1995).  The court in Newton v. American Debt Servs., 2014 WL 252743 (N.D. Cal. May 13, 2014) correctly frames the issue and explains why, in its view, civil-procedure rules should trump an agency’s regulations.

The bank-examination privilege involves a burden-shifting analysis to reach a final outcome over the discoverability of bank-examination materials. Let’s assume that a party adverse to a bank in a federal-question case either (1) asks the bank to produce protected material and the regulatory agency intervenes, or (2) subpoenas protected material directly from the agency.  In either situation, the agency must decide whether to assert the privilege and, if so, identify those documents containing opinions, conclusions, and recommendations.

If the agency proves that the withheld documents contain agency opinions, recommendations, or conclusions, then it has proven that the bank-examination privilege precludes them from discovery.  But the analysis does not end because the burden then shifts to the requesting party to show there is good cause to override the privilege.

The bank-examination privilege is a qualified one, meaning that the party seeking bank-examination materials may overcome a valid privilege assertion upon a showing of good cause. To determine whether a party proves good-cause for overriding the privilege, courts borrow the five-factor analysis used to determine whether to override the deliberative-process privilege.  While these factors are not necessarily exclusive, courts balance and weigh these questions:

A court’s decision to permit, disallow, or restrict disclosure following application of these factors is not terribly precedential.  Each assessment requires a fresh balancing of these factors.  Indeed, a court may apply the factors and order disclosure of some bank-examination materials but not others.

Having examined the bank-examination privilege concepts in broad terms, let’s see how it works in An Examination of the Bank-Examination Privilege (III): Putting it All Together.