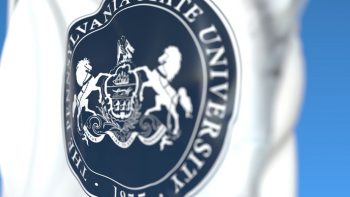 reprimand for failing to recognize—and cut off or fully embrace—her attorney–client relationship with Penn State officials and later revealing their privileged communications to a grand jury.

The Court found that Baldwin breached her clients’ attorney–client privilege and violated Model Rule 1.6, failed to provide competent representation in violation of Rule 1.1, did not recognize a conflict of interest in violation of Rule 1.7, and obstructed the administration of justice in violation of Rule 8.4. Office of Disciplinary Counsel v. Cynthia A. Baldwin, 2020 WL 808757 (Pa. Feb. 19, 2020). You may read the thorough and well-reasoned opinion here.

We derive no joy from the mistakes of our brothers and sisters of the bar. And we discuss those mistakes respectfully. Indeed, to paraphrase Protestant preacher John Bradford’s comment while imprisoned in the Tower of London and watching others march to the gallows, “There, but for the grace of God, go I.”

But another adage, attributed to many, provides that “It is better to learn from the mistakes of others than to wait until you make them yourself.” So, let’s learn from a lawyer’s mistakes that arose from a horrible situation.

These three were served individually. Penn State received a separate subpoena for what turned out to be a treasure-trove of incriminating documents.

Former PA Supreme Court Justice and then-Penn State General Counsel Cynthia Baldwin reacted. But inappropriately.  She first met with each of the three officials about the subpoena and their upcoming grand jury testimony. She claimed to have provided an Upjohn warning that she represented the University and not them personally. But that “warning” consisted only of telling them she may disclose their communications to the Board of Trustees.

Baldwin did not recognize the inconsistencies of the officers’ differing stories regarding their knowledge of and actions surrounding Sandusky’s conduct in 1998 and 2001. She later accompanied each of them to a pre-hearing interview with the prosecuting lawyers. Yet she never told the prosecutors or the officers that she represented the University and not the officers individually.

And then, quite remarkably, Baldwin accompanied Schultz and Curley to their grand-jury appearance. Just before swearing-in these two officers, the supervising judge asked their lawyer’s identity. Baldwin’s response—

Judge:      Will you be providing representation for both of those identified witnesses?

Baldwin:   [Schultz] is retired but was employed by the university and [Curley] is still an employee.

This is a non-answer. The Court found that her answer “did not plainly indicate” whether she represented them in their personal, individual capacities.

But it gets worse. At the beginning of Curley’s testimony, he and the prosecutor had this exchange:

Q.     Would you introduce her please?

A.     My counsel is Cynthia Baldwin.

Notice he said, “my counsel,” not “the University’s counsel.” Baldwin said nothing.

The prosecutor had a similar exchange with Schultz, and Baldwin, again, sat with him and said nothing. At Spanier’s grand-jury testimony three months later, he identified his counsel as “Cynthia Baldwin sitting behind me.” Baldwin said nothing.

Given these facts, the Court found it impossible to conclude that Schultz, Curley, and Spanier believed anything other than Baldwin was protecting “their personal interests.” The Court also found that “it cannot be fathomed” that Baldwin “did not understand that she was representing them personally.”

Their testimony did not go well. And just a few months later, the Commonwealth charged Curley and Schultz with perjury and failure to report child abuse.

The Commonwealth subpoenaed Baldwin to provide grand-jury testimony. To be fair, the prosecutor, Frank Fina (who has his own ethical issues), told Baldwin and the judge that he would not ask Baldwin questions that would reveal privileged communications. Yet, he did, and Baldwin responded without hesitation.

Baldwin testified about multiple privileged conversations she had with Curley, Schultz, and Spanier. She even said that these individuals lied to her about their knowledge of Sandusky’s abhorrent conduct. Regarding Spanier in particular, Baldwin and the prosecutor had this exchange in front of the grand jury—

Q.     Based upon what you know now, what can you tell us about Spanier’s representations to you through this lengthy period of the investigation?

Having found that Baldwin acted as the officers’ personal attorney, it was easy for the Court to find that she breached the privilege and violated Pa. R. Prof. Cond. 1.6 “on multiple occasions.” Pennsylvania’s privilege statute, 42 Pa. Cons. Stat. § 5916, prohibits a lawyer from testifying “to confidential communications made by his client” without consent. Finding no consent here, the Court held that Baldwin violated the privilege statute and ethics rule 1.6.

Baldwin went down swinging. She argued at various times that the officers waived the privilege through a variety of post-testimony conduct. The court rejected each of these arguments, calling them untenable and dubious.

And the Court noted Baldwin’s “lack of remorse for her actions.” At every turn, Baldwin refused to accept personal responsibility and, instead, “cast blame for her problems on everyone involved,” including the Disciplinary Board, the Office of Disciplinary Counsel, the Superior Court, and Curley, Schultz, and Spanier.

This lack of remorse factored into the Court’s disciplinary decision.

[Baldwin’s] simultaneous representations of Penn State, Curley, Schultz and Spanier reflected incompetence, violated her obligation to avoid conflicts of interest, resulted in the revelation of client confidences, and prejudiced the proper administration of justice in cases with significant personal and public effect.

As the Court noted, this ruling “is, in itself, a public censure.” And indeed it is.

Following Baldwin’s testimony, the Commonwealth unsurprisingly charged Spanier with failure to report child abuse, perjury, obstruction of justice, and other crimes, and recommended additional charges against Curley and Schultz.

Claiming that Baldwin breached their attorney–client privilege, the three officers moved to quash some of the criminal charges. A Pennsylvania appellate court held that Baldwin’s so-called Upjohn warning was “decidedly inadequate” and that it was “beyond cavil” that she represented the officers individually.

The court then quashed some of the criminal charges due solely to Baldwin’s conduct. Think about that. As the Supreme Court noted, Baldwin’s privilege breach resulted “in an inability to prosecute Curley, Schultz, and Spanier on a wide number of criminal charges” related to child sexual abuse.

As for Baldwin, she has a public reprimand and the equivalent of a public censure. As for the rest of us, let’s learn from Baldwin’s mistakes. For more information about Baldwin’s bungled Upjohn warnings, read Ex-Penn State GC’s Upjohn Failure Provides Lessons for Corporate Counsel. And for more information on proper Upjohn warnings in general, see Adequate Upjohn Warning? 10th Circuit Issues Instructive Decision and No Privilege for CEO Despite Fact Dispute over Upjohn Warning.