In a case that reminds us of the importance of sufficient Upjohn warnings, the 10th Circuit rejected an executive director’s privilege assertion over his 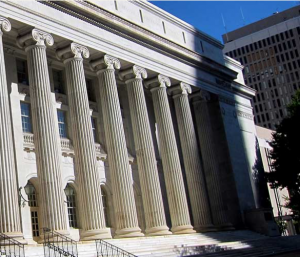 statements to corporate counsel and affirmed his criminal conviction.  The case raises the question whether counsel adequately advised the director about the privilege’s scope.  United States v. Merida, 2016 WL 3741867 (CA10 July 12, 2016).  You may read the decision here.

Jason Brett Merida was the executive director of construction for the Choctaw Nation of Oklahoma.  After issues arose over the Nation’s payment for steel products, the Nation retained an attorney to investigate the issues and file suit against the steel provider.

The Nation’s executives ordered Merida to meet with its counsel, and he appeared to find the lawyer, a court reporter, and a request to take his sworn statement.  The lawyer told Merida that, “for purposes of the record,” his statement is “covered by the attorney-client privilege because [he does] work for the Choctaw Nation.”

The lawyer went on to state that “the Nation asserts any attorney–client privilege” and that the Nation’s position is “that this whole statement is privileged and confidential.”  Merida said that was “okay with him” and answered the lawyer’s questions.

The Nation later disclosed Merida’s sworn statement to federal prosecutors who brought criminal charges against him for fraudulent activity associated with the steel provider and other matters.  Merida testified in his own defense, and the prosecutor impeached him with his earlier statement to the Nation’s lawyer.

The trial court overruled Merida’s lawyer objection that the attorney–client privilege protected the statement, and rejected his mistrial motion.  The jury convicted Merida and the judge sentenced him to 12 years imprisonment.

The court followed the test enunciated in In re Bevill, Bresler & Schulman Asset Mgmt. Corp., 805 F.2d 120, 123 (CA3 1986)—the employee must prove that she approached corporate counsel seeking legal advice in her individual capacity, the lawyer communicated with her knowing that a possible conflict could arise, the conversation was confidential, and the conversation did not concern company affairs.

In short, Merida must have shown that he was the lawyer’s client for purposes of the conversation, and the court held that Merida failed to do so.  The court seemed satisfied with the lawyer’s Upjohn warning, noting that he explained that “the Nation” asserts the privilege over the conversation.

Was the lawyer’s statements to Merida sufficient to put him on notice that the privilege belonged solely to the Nation—not him individually—and that the Nation could waive the privilege and disclose his comments to federal authorities?

Judge Lucero filed a concurring opinion “to make a brief point regarding the potential for corporate attorneys to mislead employees.”  Judge Lucero noted that the 10th Circuit had not previously decided the issue where the corporate lawyer simply tells the employee that the privilege covers their conversation because he is an employee.

Considering the Nation’s lawyer’s comments in isolation, Judge Lucero agreed “that a layperson might have missed the nuance that the Nation, and not Merida, held the privilege.”  While Judge Lucero concluded that surrounding circumstances proved that Merida had no reasonable belief that he owned the privilege, he also noted that “[a]ttorneys should be more precise in their explanations.”