Penn State Loses Privilege Clash over Internal Investigation, and the Reason May Surprise You 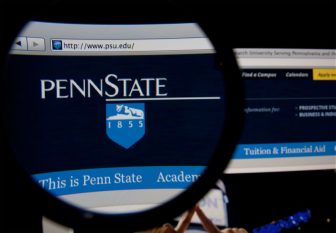 The court found that there was no attorney–client relationship between Penn State and Freeh’s law firm, and, without this relationship, the privilege did not cover communications between Penn State Board of Trustees and Freeh’s firm.  The court made this finding even though the Board Chair signed the engagement letter and the Board paid Freeh’s fees.  Estate of Paterno v. NCAA, 168 A.3d 187 (Pa. Super. Ct. 2017).  You may read the decision here.

Regular readers of this blog know that the party asserting the attorney–client privilege must show three primary elements: a (1) confidential (2) communication made for (3) legal-advice purposes.  We too often, though, presume—and forget about—a threshold element: a lawyer–client relationship.

Who was the Client?

On Nov. 4, 2011, the Commonwealth of Pennsylvania charged Sandusky with committing serial sexual offenses against minor boys while on the Penn State campus.  Penn State created a “Special Investigations Task Force,” composed of Penn State trustees, faculty, alumni, and students, to investigate the University’s handling of the scandal.

On Nov. 18, 2011, the Penn State Board of Trustees signed an engagement letter with Freeh’s law firm, which you may read here.  The engagement letter stated that the Board of Trustees was engaging Freeh to represent the Task Force.  The scope of engagement centered on the Freeh firm serving as independent, external legal counsel to the Task Force and performing an “independent, full, and complete investigation” into the Sandusky scandal.

The University’s insurance carrier was to pay Freeh’s fees, but if not, then the Trustees assumed responsibility for payment.  The University’s Board of Trustees Chair signed the engagement letter, as did the Task Force’s Chair.

In the Paterno case, Joe Paterno’s Estate and others sued the NCAA for defamation and other torts claiming that the NCAA improperly relied upon the resulting and (allegedly) unreliable Freeh Report when issuing sanctions.  The plaintiffs subpoenaed Freeh’s files relating to its preparation of the Freeh Report, and Freeh and Penn State objected on privilege grounds.

Like the trial court, the appellate court focused its analysis on whether the Freeh firm represented Penn. State in conducting its investigation.  If not, then Penn State could not assert the attorney–client privilege.  To make this determination, the court reviewed the engagement letter “in detail.”

The University’s Board Chair signed the engagement letter, but no matter—it did so because it was paying the fees, and paying legal fees does not necessarily create an attorney–client relationship.  The Task Force’s signature was more persuasive, because “[i]f Penn State was the client, and if the Task Force had no identity distinct from Penn State, [the Chair’s] signature would be superfluous.”

The Court therefore upheld the trial court’s order requiring production of the Freeh firm’s communications with the Penn State Board of Trustees and with Penn State’s lawyers.

Courts have rarely addressed the attorney–client relationship issue in internal investigations, likely because lawyers opposing a privilege claim fail to recognize this issue, or courts assume that a special committee’s retention of a law firm necessarily means the firm also represents the corporate entity.

The Paterno case provides caution and guidance for corporations and other organizational entities retaining outside firms to investigate potential wrongdoing.  It is important to ensure the confidentiality and legal-advice elements to maintain the privilege, but let’s not forget the threshold privilege issue—ensure you have the correct lawyer–client relationship.