In-house and outside deal lawyers sometimes face this sad love story. Two separate but aligned entities fall in love with a third entity and enter joint-venture negotiations. During the dating period, the aligned entities’ lawyers conduct due diligence, provide their clients with legal advice on the results, and share the privileged information 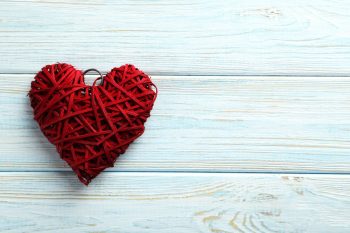 The Hackensack University Medical Center and Carrier Clinic, Inc., a NJ behavior healthcare provider, wanted to establish a substance abuse and rehabilitation center in Mahwah, NJ, and entered joint-venture negotiations with JNL Management, and its manager, Jonathan Lasko. The parties contemplated that HUMC and Carrier would jointly own a non-profit management entity and JNL would own 100% of a for-profit real-estate entity, and signed a LOI to that effect.

HUMC and Carrier retained separate counsel, and each oversaw the pre-deal due diligence but shared information and collaborated on the deal. In January 2018, HUMC’s due diligence revealed that Lasko had personal and business ties to Philip Esformes, a Miami healthcare executive who was then under indictment and awaiting trial for Medicare fraud. He was later convicted, as you may read here.

On February 14, 2018, HUMC executives, including its General Counsel, participated in a conference call with Carrier’s representatives and outside attorney, who was a former DOJ lawyer. Carrier’s lawyer discussed Lasko’s relationship with Esformes, and the legal risks associated with moving forward with the joint venture. HUMC’s president and Carrier’s outside counsel verified the “legal advice” portion of the conversation in declarations, available here and here, but there was no common–interest agreement between the two.

It’s not a dozen roses, but let’s be honest—sharing privileged information on Valentine’s Day is a cool gift. Except here, where the gift produced unintended consequences.

JNL later sued Carrier’s counsel for defamation and false light, and sought disclosure of communications between HUMC and Carrier’s lawyers, including the lawyer’s outlines used during the Valentine’s Day call.

Carrier and its counsel claimed that the attorney–client privilege protected the shared information, and the common–interest doctrine permitted the disclosure—after all, HUMC and Carrier were aligned parties.

The common–interest doctrine, under applicable NJ law, requires a showing that the parties shared privileged information (1) due to actual or anticipated litigation (2) for the purpose of furthering a common interest, and (3) in a confidential manner.

The court, in an opinion available here, rejected the common–interest doctrine because HUMC and Carrier did not share privileged information “due to actual or anticipated litigation.” Sure, they had a common interest, even a common legal interest, but unrelated to litigation concerns.

The litigation interest did not arise until JNL sent the anti-love letter threatening legal action. So, when Carrier shared privileged information with HUMC during the due-diligence phase, it waived the privilege and now must disclose privileged documents, including its lawyer’s pre-call outlines, to JNL.

Carrier’s counsel argued that the litigation requirement makes no sense because the protection asserted was the attorney–client privilege, not the work-product doctrine. The terrific Professor Kate Schaffzin argued this point in An Uncertain Privilege: Why the Common Interest Doctrine Does Not Work and How Uniformity Can Fix It, 15 B.U. Pub. Int. L.J. 49 (2005), but the Court applied NJ law as written, and would not create an exception.

Other states do not impose a litigation requirement. Research and know your state’s common–interest doctrine. If it requires actual or pending litigation—as most do—the lesson for aligned parties and their lawyers is that, unless one legitimately anticipates litigation, the sharing of privileged information in pre-deal negotiations waives the privilege.

Even on Valentine’s Day.