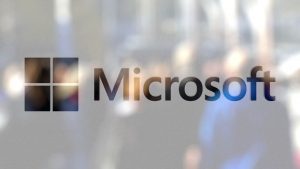 communicated about it. But in a later federal suit over Microsoft’s tax liabilities, a federal court found that the communications served a litigation purpose and a business purpose. And with the business purpose predominating, the work-product doctrine did not protect the communications from disclosure. U.S. v. Microsoft Corp., 2020 WL 263577 (W.D. Wash. Jan. 17, 2020).  You may read the decision here.

When favorable tax laws changed, Microsoft’s in-house lawyers consulted with KPMG tax advisors and created a new, yet complicated, tax strategy for its Puerto Rico operations. These lawyers and advisors knew that the new approach would trigger IRS interest. And it did.

The DOJ’s Tax Division later examined Microsoft’s tax liabilities and requested communications between Microsoft’s in-house counsel and KPMG. Microsoft refused to produce some communications, saying that its lawyers communicated with KPMG in anticipation of the IRS’s scrutiny. So, Microsoft claimed, the work-product doctrine precluded their disclosure.

The former head of Microsoft’s in-house tax department submitted a declaration to support the work-product claim. He said the Microsoft—not outside counsel—retained KPMG. He “recognized that the IRS would challenge” the new tax strategy.

KPMG prepared its materials at this lawyer’s request and “in anticipation of an administrative dispute or litigation with the IRS.” And he “intended the analyses performed and materials prepared by KPMG to be covered by the work product doctrine.” Read the declaration in full here.

A KMPG tax partner, in a separate declaration you may read here, confirmed that the Microsoft in-house lawyer “made plain that he was hiring KPMG to also help Microsoft prepare its defense to the IRS’s challenge.”

We often see protection issues with dual-purpose communications—part business and part legal—arise when in-house lawyers assert the attorney–client privilege. The standard used by courts in the privilege context is anything but consistent.

But what is standard in the less-litigated area of dual-purpose communications and work-product doctrine?

The Microsoft court used CA9’s “because of” standard to determine whether KPMG and Microsoft communicated “in anticipation of litigation.” This standard is narrower than the privilege’s dual-purpose standard.  It holds that, looking at the totality of circumstances around the documents’ creation, “their litigation purpose so permeates any non-litigation purpose that the two purposes cannot be discretely separated from the factual nexus as a whole.”

Under this standard, “[i]f dual purpose documents only reflect the logistics or mechanics of implementing business concepts, they are likely to have been created in essentially similar form irrespective of the litigation.”

The court reviewed the Microsoft–KPMG communications and found that a business purpose predominated. The parties were structuring a transaction to “create the smallest tax liability possible.” Absent this purpose, the court found, “Microsoft would not have had any reason to anticipate litigation.”

Microsoft essentially had the work-product concept reversed. The court noted that “there is a significant difference between planning to act in a legally defensible manner and in defending against an existing legal dispute.” And it then said this—

Microsoft’s documents were not created in anticipation of litigation. Rather, Microsoft anticipated litigation because of the documents it created.

While not uniform, courts generally apply some form of the “primary purpose” standard when analyzing whether the attorney–client privilege covers dual-purpose communications. The Microsoft court, in fact, applied this broader standard to find the privilege protected some of the communications even if the work-product doctrine did not.

The dual-purpose standard is narrower in the work-product arena. As Microsoft learned, and despite the fairly strong declarations from its in-house lawyer and a KPMG tax partner, the “because of” standard is strict.

At the time of this posting, Microsoft obtained a stay of its production date so it can consider whether to appeal. See this Order.  I’ll keep you updated.