A lawyer sued a blogger, and now my head is spinning. When a Connecticut blogger published an allegedly 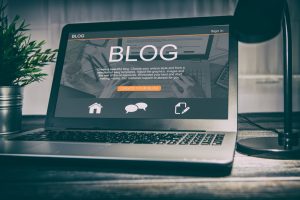 defamatory post about a Chicago lawyer, the ND ILL faced questions whether a blogger is a reporter and whether to apply Illinois or Connecticut’s reporter’s privilege to protect the blogger’s source.

Lawyer Manuel von Ribbeck represents victims of aviation disasters and is involved with families of victims from the Lion Air crash involving the much-criticized Boeing 737 Max. Christine Negroni is a Connecticut-based, self-styled journalist, author, speaker, and broadcaster “specializing in aviation and travel.”

Negroni published a blog post that criticized Ribbeck and “his equally mendacious sister,” for, among other things, “ambulance chasing” airline crash victims. She also wrote about an alleged sexual assault by Ribbeck. See this hard copy or Lion Air Lawyer Accused of Sexual Assault in 2010.

Negroni claimed she had not resided in Illinois since 1993 and otherwise had insufficient Illinois contacts to hale her into a Chicago courtroom. Ribbeck sought jurisdictional discovery to prove otherwise.

Connecticut’s reporter’s privilege protects those answers from discovery, Negroni claimed. But the blog post concerned Illinois residents and the lawsuit was pending there.

So, did Illinois or Connecticut privilege law apply?

Ah yes, the old doctrine of depecage. On my list of all-time favorite legal doctrines, it is a close second to the Rule in Shelley’s Case.

The doctrine allows a court to carve up various issues in a lawsuit and apply separate conflict-of-laws analyses to each. Negroni said that, regardless of whether Illinois defamation law applied, Connecticut’s reporter’s privilege protected her sources from disclosure.

To resolve the conflict, the Illinois federal court applied Illinois’ choice-of-law rules. It found that Illinois courts apply the “most significant contacts” test to determine the state with the “strongest relationship with the occurrence.” Courts then weigh the contacts “in light of the general principles outlined in the Restatement (Second) of Conflict of Laws, Section 6.”

The court said that Illinois law applies to the privilege issue because, in defamation cases, the law of the place of the injury—here Ribbeck’s Illinois domicile—applies.

This section offers the most prominent choice-of-privilege-law analysis. But commentators have criticized the analysis as favoring disclosure in all instances. You should read my post, Important Article on Interstate Litigation and Conflict-of-Privilege Laws, for a more detailed analysis. Or my article explaining §139, The Application of Conflict of Laws to Evidentiary Privileges.

The court held that the blogger Negroni was a reporter under Illinois’ reporter’s privilege largely because her affidavit, available here, went uncontradicted.

But the privilege protected the identities of any Illinois attorneys Negroni contacted for her blog post.