In a matter not previously addressed by the 7th Circuit, the USDC NDILL followed then-Judge Kavanaugh’s standard for assessing whether the attorney–client privilege protects an in-house lawyer’s emails that pertain to legal and non-legal matters. The district court ruled that the privilege applies when “one” of the communication’s “significant purposes” was to obtain or provide legal advice. Smith–Brown v. Ulta Beauty, Inc., 2019 WL 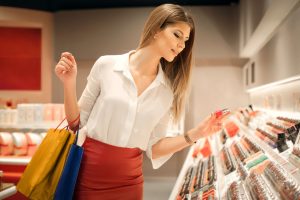 Ulta Beauty, one of the country’s fastest growing retail stores, suffered a PR hit—and later lawsuits—after alleged former employees took to Twitter and other social-media outlets claiming that UB resells returned cosmetic products as “new.” You may read about the allegations, complete with copies of various tweets, in the Complaint or in this ABC news story.

UB’s General Counsel immediately began an investigation, and communicated with various UB departments and employees to accomplish the task. In a class-action lawsuit that predictably followed, the plaintiffs sought production of several emails related to the investigation, claiming they were for public-relations, not legal, purposes.

UB did not, as other companies have unsuccessfully tried, simply submit the emails for in camera review with conclusory statements that the privilege clearly applies. Rather, UB’s General Counsel submitted a detailed declaration explaining the origins and reasons for the investigation and why each challenged email or document related to legal advice. You may read—and learn from—the declaration here.

Claiming that the investigation-related emails pertained to marketing or PR concerns, the class plaintiff argued that UB must prove that “the primary purpose” (with an emphasis on “the”) of each email was to render or solicit legal advice. The problem was that neither the plaintiff nor the court could find a 7th Circuit case applying this somewhat narrow standard.

Looking elsewhere for guidance, the court landed on then-Judge Kavanaugh’s opinion in In re Kellogg Brown & Root, 756 F.3d 754 (DC Cir. 2014), which I discussed in this post and this one. The KBR Court eschewed a “the primary purpose” standard, noting that “trying to find the one primary purpose for a communication motivated by two sometimes overlapping purposes (one legal and one business, for example) can be an inherently impossible task.”

Instead, the more practical and precise test is this: “Was obtaining or providing legal advice a primary purpose of the communication, meaning one of the significant purposes of the communication?” Judge Kavanaugh reinforced this standard in his last D.C. Circuit opinion before joining the Supreme Court, which may read about here.

The Ulta Beauty court found this standard “persuasive,” and applied it to the challenged emails. Upon a review of the emails under this standard’s microscope, along with the UB GC’s well-written declaration, the court found that the privilege protected from disclosure UB’s internal-investigation emails.