Donald Trump, Jr.’s attorney–client privilege assertion over discussions with President Trump—in the presence of lawyers—has generated significant commentary on television news shows, and in news articles and opinion columns.  Some claim the privilege 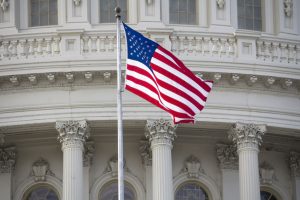 assertion was “brazen” and “unequivocally” wrong, while others see merit in the privilege argument or take a wait-and-see approach.

Many have expressed an interest in my analysis. So, here it is—my objective, non-political, legal analysis of the Trump Jr.’s privilege claim based on what we know. Those seeking blind support of the privilege assertion or a conclusory, hyperbolic denouncement should look elsewhere.

In a series of articles, the New York Times reported that Trump, Jr. met with Natalia Veselnitskaya, a Russian lawyer, on June 9, 2016 after receiving promises the meeting would produce damaging information on Hillary Clinton.

Trump, Jr. first said the meeting pertained to adoption of Russian children.  He later acknowledged that Veselnitskaya offered Clinton-related information, and then posted emails related to the meeting.  Trump, Jr. claims that he never advised President Trump about the June 9, 2016 meeting during the campaign, but the two held a discussion–with lawyers present–after Trump, Jr. released the emails in July 2017.

On December 6, 2017, Trump, Jr. provided several hours of non-public testimony to the House Intelligence Committee regarding a variety of issues related to Russia’s influence on the 2016 presidential election.  At the testimony’s conclusion, Rep. Adam Schiff (D–Cal.), the committee’s Ranking Member, immediately addressed the press, which you may watch here.

Schiff relayed that Trump, Jr. answered the “overwhelming majority” of questions, but there was one “significant area” in which Trump, Jr. refused to provide information.  Trump, Jr., citing the attorney–client privilege, refused to answer questions about his post-email discussion with President Trump, with lawyers present, about the June 9, 2016 meeting.

Schiff then opined that the attorney–client privilege does not protect father–son discussions.  When asked to identify the attorney and the client in the purported attorney–client relationship, Schiff demurred, simply repeating that “the presence of counsel does not mean that communications between father and son are privileged.”

White House Press Secretary Sarah Huckabee Sanders, on the other hand, said that Trump, Jr. had a “legitimate reason” to assert the privilege (see short video clip below).

Rep. Mike Conaway (R–Tex.) conveyed that some lawyers’ opined it was a “good privilege.”  Another law professor stated that the privilege could apply in this situation.

Let’s dispense with the immediate, superficial reaction from those claiming the privilege assertion is frivolous and those stating the privilege applies.  The conclusion at this point is that there is no conclusion—we simply do not have enough evidence to reach an informed opinion.

Three privilege-related doctrines may apply to the Trump–Trump, Jr. discussion about the June 9, 2016 meeting, so let’s review them.

Rep. Schiff is correct that the mere presence of a lawyer does not render a conversation privileged.  And while his statement that the privilege does not protect father–son conversations is true in a vacuum, it misses the point.  Unless waived, the privilege protects confidential communications between a client and her lawyer made for purposes of the lawyer rendering legal advice.

If Trump and Trump, Jr. held a confidential meeting with their personal lawyers to obtain legal advice related to Trump, Jr.’s meeting with the Russian operative, then the privilege likely protects the discussion from disclosure.  If the father–son duo, as campaign representatives, met with the campaign’s lawyers to discuss the Russian meeting, then the privilege likely applies.

But if Trump, Jr. met with his personal lawyer and invited his father—a third-party in this situation—then the privilege likely does not apply.  Nor would it apply if the lawyer was present for some reason other than participating in the conversation to provide legal advice.

Where one lawyer (or law firm) represents two or more clients jointly, the joint–client doctrine protects from disclosure the clients’ privileged conversations with their common attorney(s).  If the lawyers present for the Trump–Trump, Jr. meeting represented both jointly, and participated in the confidential meeting to provide legal advice, then the joint–client doctrine applies and the privilege assertion is likely valid.

The common–interest doctrine allows two clients—represented by separate lawyers—to share privileged communications without waiving the privilege.  As the name implies, the shared communications must further a common legal interest.  So, if the Trump–Trump, Jr. meeting included President Trump’s personal lawyer and Trump, Jr.’s separate personal lawyer, and they were pursuing a common legal interest (say, defending against a law-enforcement action), then the privilege likely protects those discussions from disclosure.

There are several “ifs” in the analysis of these three legal applications, and that’s the point. I hope that the House Intelligence Committee members asked specific questions designed to ascertain the basis for the lawyers’ presence in the Trump–Trump, Jr. meeting.

How many lawyers were present? Whom did they represent?  Is there an engagement letter and, if so, how does it define the scope of the lawyers’ representation? Did Trump and Trump, Jr.’s lawyers sign a common-interest agreement? How confidential was the meeting? Were notes taken and disclosed to third-parties? What was the meeting’s purpose?

Answers to these questions will provide us the necessary information to evaluate the privilege claim.

Rep. Schiff said that Trump, Jr.’s lawyers would further evaluate the privilege assertion and inform the Committee whether they remained firm in their legal position.  Perhaps these lawyers will evaluate the three legal doctrines above, conclude the privilege does not apply, and allow Trump, Jr. to testify about the discussion with his father.

But if Trump, Jr.’s lawyers stand on the privilege assertion, then the Committee must decide whether to issue a subpoena to Trump, Jr., force him to formally invoke the privilege, and ultimately seek a resolution in court.  If this matter goes to court, Trump, Jr. will have the burden of proving that the privilege applies, likely through declarations from him and his lawyers.

And that would be good legal—and political—theater.