Monty Python, Sinatra, and Rejection of the Self-Critical Analysis Privilege

In a colorful and refreshingly thorough opinion by Judge Iain D. Johnston, the USDC NDILL—Western Division— 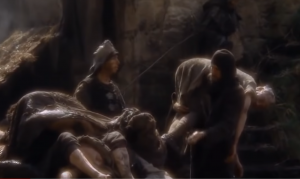 refused to adopt the self-critical analysis privilege under federal common law.  While a handful of federal courts recognize the privilege, most either reject the privilege or determine that, “without deciding whether the privilege exists,” it does not apply to the facts of that particular case.

Judge Johnston’s opinion addresses the privilege head-on, and I recommend his opinion as the starting place for any lawyer’s research on (1) the legal analysis for recognizing new federal common-law privileges and (2) the national status of the self-critical analysis privilege.  Lund v. City of Rockford, Case No. 3-17-cv-50035 (N.D. Ill. Nov. 29, 2017).  You may read the decision here.

The Rockford (Ill.) Police Dep’t arrested William Lund, but state prosecutors later dismissed the charges.  Lund filed an Internal Discipline Complaint over the incident, and the RPD investigated the arrest and prepared an 88-page report.

During discovery in Lund’s subsequent § 1983 civil action against the City of Rockford, the City produced a redacted version of the report.  Lund moved to compel an unredacted copy, and the City asserted that the self-critical analysis privilege protected the full report from discovery.

What is the Self-Critical Analysis Privilege?

The self-critical analysis privilege (SCAP), sometimes called the self-evaluative or self-investigation privilege, generally protects confidential assessments, evaluations, investigations, or audits designed to improve a company’s processes.  The concept is that, but for confidentiality assurances embedded in a SCAP, employees would not provide candid information to corporate committees tasked with improving the entity’s processes.  For a good overview, read (now Magistrate Judge) Hope Cannon and Kelly Jones’ excellent article, Critically Challenged—The Recognition and Scope of the Self-Critical Analysis Privilege available here.

The Court’s mission was to determine whether to recognize a SCAP under federal common law and, if so, decide whether it applied to the RPD investigative report.  FRE 501 provides federal courts with the ability to recognize new evidentiary privileges in “light of reason and experience.”

In deciding whether to recognize a new privilege, the 7th Circuit balances the need for the truth against the relationship or policy that the putative privilege furthers.  The District Court stated that this test addresses only the “reason” part of 501’s analysis; the “experience” prong requires a review of whether and how other jurisdictions apply the privilege.

The Court ruled that the Supreme Court’s decision in Univ. of Pa. v. EEOC, 493 U.S. 182 (1990), provided “the deathblow” to the SCAP.  In that case, the Supreme Court rejected an academic peer-review privilege, eschewing arguments that the privilege’s absence would chill candid evaluations of university professors.  And, analogizing itself to the Dead Collector in “Monty Python and the Holy Grail,” the Court whacked the Dead Body that Claims It Isn’t, or, here, the SCAP.

For those needing a refresher on the 1975 slapstick comedy, check out the Dead Collector scene in Monty Python and the Holy Grail.

Building on its Dead Collector persona, the Court analogized Rule 501’s experience element by providing a thorough review of the SCAP’s recognition, or lack thereof, in each of the Circuits.  The 3d, 4th, and 9th Circuits have rejected the privilege while the 1st, 2d, 5th, 6th, 7th, 8th, 11th, and the DC Circuits have not directly addressed the privilege.

The Court likened the myriad district court decisions within the 7th Circuit to Frank Sinatra’s rendition of When or Where because the privilege’s recognition and applicability depended where within the district the issue arose.  But in the end, the Court found no consensus for the privilege’s adoption.

The Lund Court noted that, while this is a matter of federal common law, courts should not ignore whether states apply the privilege.  And in 2015, the Illinois Supreme Court refused to recognize a state common-law self-critical analysis privilege, a decision I profiled here.  I wonder if the Lund Court’s decision would have differed if Illinois had recognized the privilege.  Given the “deathblow” of Univ. of Pa., likely not.

Yet, whether in or outside the 7th Circuit’s confines, federal district courts vary in whether to recognize the self-critical analysis privilege.  And while the Lund Court arguably limited the privilege’s rejection to law-enforcement internal investigations, it likely places another nail in the privilege’s coffin no matter the context.

So, enjoy Sinatra and a few of his friends performing When or Where while you ponder whether your jurisdiction will recognize the SCAP.